Animal Crossing fans have been keeping an eye on the future of their favorite series. Nintendo recently let them know that New Horizons still has a promising future.

All of the news for Animal Crossing: New Horizons has been presented in a Nintendo Direct dedicated to this Nintendo franchise. During the presentation, Kyoto introduced the free update 2.0 as well as a new paid DLC named Happy Home Paradise.

The Nintendo Direct dedicated to new content has given us several community-requested features. The Direct began with discussing all of the material in the free version 2.0, the last free update till Happy Home Paradise.

When we claim that Nintendo demonstrated new features requested by the community, we mostly mean Brewster and The Roost. Brewster, the dear old feathered buddy, has returned to his diner The Roost. It will be added as a new wing of the museum, and you will be able to have a cup of coffee there with friends and fellow island inhabitants, as well as invite characters in for a drink via amiibo. Yes, a cup of freshly ground coffee will set you back 200 berries.

Another well-known figure will also return. Kapp’n will take you on a tour of unpublished islands exclusive to his 1000 berry locations. There are islands in different seasons, at different times of day, and even some with “strange vegetation.” The photo studio on Fauno Cay has recently extended its offerings. You will be able to contribute to the development of businesses that were not previously featured in the original edition. We’re talking about Katrina’s prophecies or Tortimer’s presence, for example.

The town hall will also receive new mechanics. You will be able to sign ordinances that will alter the rhythm of your inhabitants’ lives. You may fit your lifestyle to that of your island in this way.

Although the free update adds numerous changes to the game, the new DLC that will be released in November is the most significant item. In this new video, we’ll visit an archipelago of islands and a resort intended for individuals looking for the ideal holiday house. We will go to the Paradise Archipelago, an agency specializing in the construction of vacation cottages, after receiving the appropriate letter of reward from Tom Nook.

The first phase, as Nintendo described in the Direct a few hours ago, will be to choose the island on which we will create our customers’ homes. Each of these islands has its own distinct features, which must be taken into account.

The guided tour will then begin, followed by the placing of the artifacts desired by the attendees. There will be a plethora of opportunities for us to be creative, both within and outside the building. Open routes, change the atmosphere, and do everything it takes to meet the needs of the visitors. As if that weren’t enough, you’ll also be able to create additional sorts of structures.

Thanks to two major updates arriving on November 5: the free update 2.0 and the DLC ‘Animal Crossing: New Horizons – Happy Home Paradise‘, players will be able to continue to enjoy their island life for a long time to come.

If you haven’t seen the latest Animal Crossing New Horizons Direct, you can check it out below! 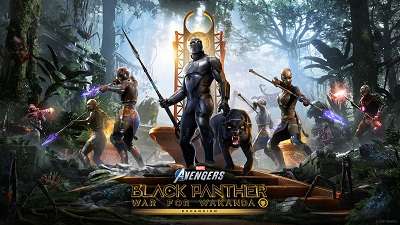