At first glance, Broforce seems like your run of the mill side-scrolling shoot em up. Like many indie games these days, the pixelated graphics draw retro inspiration. The game mechanics similarly borrow from classics of yesteryear.

However, after playing Broforce for hours on end, it becomes obvious that there is something special about this game. The over-the-top gratuitous violence imitates 80s and 90s Hollywood action movies, both paying homage and satirizing the genre simultaneously.

Even more awesome is the liberal use of memorable Hollywood action heroes like the Terminator and Rambo, as well as cult favorites like Ash from Evil Dead.

Broforce started as a Steam Early Access title. Even in its unfinished state it was better than most games that had already completed the development cycle. Content was constantly being added in the form of new game modes, single-player levels, and “bros” — the action heroes that you play as in the game. The final product is even more impressive.

The game is a straightforward shoot em up. Each level starts off with a randomly assigned bro. You work your way through a Contra-style level with the only real goal being to reach the end without running out of lives. Along the way you kill terrorists, rescue hostages, and cause rampant destruction to property before escaping on a helicopter and bombing the crap out of the place.

One of the coolest things about Broforce is that virtually everything is destructible. While there are clear paths for your character to reach the end of the level, it’s also possible to just create your own path of wonton destruction. Not only can you avoid certain pockets of enemies this way, even something as simple as setting off an explosive barrel can create total chaos.

Even if you try to hang back and avoid explosions, the chain reaction that you set off can eventually find its way to you. You always feel like you are in the action. And to that extent, taking risks is required. There will be moments where your character’s life depends on taking rash actions.

Amazingly, Broforce never gets too frustrating. You will die in this game a lot. That’s part of the fun. Each run through a level is a learning experience. It’s an opportunity to try new things and dare to be ballsy. Half the time you will find yourself laughing at your poor choices and the unexpectedly short time that it takes for your character to get killed (sometimes as short as five seconds).

That’s not to say that Broforce is brutally punishing. It’s not. The levels are short, usually clocking in at no more than a minute long. Raising an American flag at certain points also gives you a checkpoint. And rescuing hostages both transforms you into a new bro and gives you an extra life for that level.

Finally, I would be remiss to conclude without mentioning the boss fights. A lot of the game’s arcade-style action is clearly inspired from classics like Metal Slug. That is particularly evident in the boss fights, which feature larger than life enemies and over-the-top weapons.

If you are a fan at all of shoot em up type games, particularly the Metal Slug franchise, I would highly recommend Broforce. They took the insanity from arcade shooter classics and gave it a fresh take with the insertion of action hero caricatures, varied environments and smart level design.

Recommendation | A must play for fans of classic side-scrolling shoot em ups. 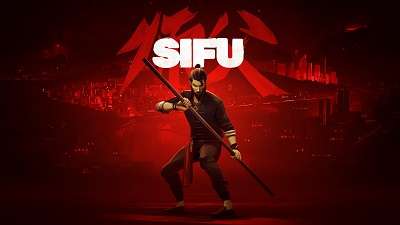