The day is here! Crown Trick has been announced for PlayStation and Xbox platforms.

Crown Trick, an adventure rogue-like title developed by Team 17 and Next Studios, has been released on PlayStation 4 and Xbox One. The game was launched on PC and Nintendo Switch a year ago, and it boasts unique synchronous turn-based combat in which adversaries and lethal traps only respond when the player does.

Venture into The Nightmare Realm.

The game by Next Studios is an adventure roguelike with interesting strategic gameplay. Monsters and traps move only when the player moves, so you must carefully plan your tactics for escaping the labyrinthine dungeon with 40+ active skills, 60+ passive powers, and more rewards.

Gather exceptional ‘Familiar’ talents by defeating monsters and preparing to unleash them on others deeper in the randomly created dungeons so that the game may ensure players have unique experiences every time they visit The Nightmare Realm.

Crown Trick is currently available for $15.99 on Xbox One and PlayStation 4 with a 20% launch discount.

Watch the launch trailer of Crown Trick down below.

Sony has announced Ghost of Tsushima: Director’s Cut, a special edition that contains the original title as well as all bonus material, upgrades, and a new adventure. On August 20, this version will be published on both the PS5 and the PS4. One of the primary features will be Iki Island, a chapter in which…

The game boasts worse reviews on Metacritic than Pokémon Legends Arceus and Pokémon Sword & Shield. Few video game franchises have been around for so many years. Pokémon is, without a doubt, one of the biggest in the industry. In fact, it’s the third best-selling video game franchise behind only Tetris Nintendo’s own Mario. But, in… Starting today, Filament and Rising Storm 2: Vietnam are free at Epic Games Store. The free game offers run until November 10 at 11 AM Eastern. Once you claim them, they’re yours to keep. Filament comes from indie developer Beard Envy. Here’s a description of the game from EGS: Solve challenging cable-based puzzles and uncover… 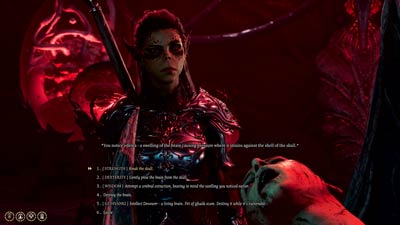 Yesterday, Larian Studios revealed the early access release date for the upcoming role-playing game Baldur’s Gate 3. During the “Panel From Hell” livestream – which you can watch below – the studio announced the September 30 date. Steam and Stadia players will be able to jump into the first act of the game’s early access…