At long last, the upcoming Elden Ring from the legendary creators of Game of Thrones and Dark Souls gets a release date.

At the beginning of the Summer Games Fest Kickoff, Geof Keighly teased something special coming at the end of the show. Little did we know, it was one of the most anticipated trailers of the year.

You could see the palpable excitement on Geoff’s face during the lead-up to the trailer. His voice and hands were shaking in the most wholesome moment of the whole show.

Elden Ring is launching January 21, 2022 for PC, PS4, PS5, Xbox One, and Xbox Series X|S. It’s unclear if it will be available natively on next-gen or just as part of backward compatibility. Either way, it’s exciting.

January 21st may seem like a ways away – especially since we’ve been waiting two years for more info on this – but it’s just six months away. Stay tuned! Humble Bundle is recruiting want-to-be drivers, builders, and firefighters. The Humble Summer Sims Bundle just launched today. It includes several simulator video games including Drone Swarm, Bus Simulator 18, and Fireworks Simulator. Here’s a description of the bundle from Humble Bundle: Fill your summer with simulator fun! Get behind the wheel and explore the freely… Mythical Games plans to bring play-to-earn economics to games with three key developers. This week, Mythical Games revealed its first developer partners for its new Mythical platform. This innovative platform provides developers and businesses with a mechanism for creating or integrating playable blockchain-based economies into games, allowing players, content producers, and brands to gain a… The Attendant is a new text-based indie game that puts you in the role of Evie, a flight attendant on Flight 155. You’ll learn about your passengers and yourself as you ease their fears during a crisis. The game comes from Andrew McKissock, a former writer for Game Freaks 365. As some regular readers saw… 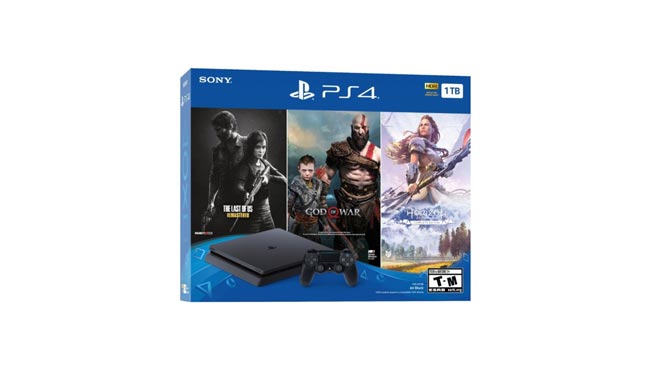 According to a pair of reports, Best Buy will be offering a killer PS4 bundle on Black Friday. The reports – which come from British tabloid Metro and Forbes.com – suggest that the retailer will be bundling a standard 1TB PS4 console, a DualShock 4 controller, and three games for $199.99. However, a quick look… It’s a great time to be a fan of classic 2D video games. While 8-bit and 16-bit consoles fell out of style decades ago, their spirit lives on in indie games like Gunlord X. Indie developers are churning out high-quality retro-inspired games left and right thanks to companies like the German indie studio NGDEV. Gunlord…