The Game Boy Camera accessory just turned 20 years old, and Nintendo wants to remind you that they invented the selfie, basically. Thanks, Nintendo?

Nintendo has been in the selfie game since 1998! The Game Boy Camera accessory, which let fans take photos on their Game Boy systems, launched on this day 20 years ago. pic.twitter.com/kqm7kdLi7P

The Game Boy Camera came out on June 1, 1998 in the United States. Japan’s launch was months earlier, in February 1998.

Compatible with all Game Boy systems, with the exception of the Game Boy Micro, it is one of the most common Game Boy accessories. The camera’s 128×128 pixel black and white photos could be printed into physical photographs using the Game Boy Printer, which was an inkless printer that used the same type of thermal paper as cash registers.

A fan recently made headlines when they used the Game Boy Camera to take photographs at an F1 racing event. The resulting photos were rather impressive.

#F1 fan took a Game Boy camera to a race, and the photos are awesomely retro#SpanishGPhttps://t.co/TzuaPN74N7 pic.twitter.com/doUfc27Vjh 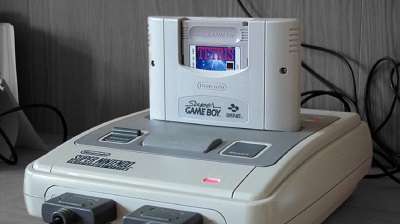