YouGov found that American gamers are most excited about upcoming television shows and movies for Final Fantasy, Super Mario, Fallout, and God of War.

Although pollsters usually ask questions about politics, they sometimes also ask pop culture questions to gauge the public’s interest in a variety of subjects from sports to movies.

YouGov just completed a survey where they polled American gamers on what influence celebrities and influencers have on them and whether they want to see film/TV adaptions of their favorite franchises. The results may surprise you.

The data shows that most gamers are generally satisfied with the content that is already available. A plurality of American gamers thinks video game franchises have generally made solid films or TV shows (44%%) versus a third (34%) who think the opposite.

As for the upcoming titles they’re most excited to see turned into movies and TV shows, American gamers are most likely to be excited for the upcoming Final Fantasy (26%), Super Mario (26%), Fallout (25%), and God of War (25%) adaptations.

The results are different across the pond. British gamers, on the other hand, are most keen to see The Last of Us (23%), Fallout (22%), Final Fantasy (19%), and Mass Effect (17%). This suggests a slightly greater preference for narrative-focused games versus American gamers.

Impact of influencers and celebrities on gamers

American gamers are more likely than the general public to say that celebrity endorsements influence their shopping decisions (41% vs. 32%). A plurality of American gamers (45%) enjoys watching advertisements featuring their favorite celebrities in comparison to only a third of American adults overall (30%).

When it comes to trust, American gamers are almost twice as likely as the general public to say that they trust products that receive a celebrity or influencer endorsement. In addition, males are more likely than females to say that they enjoy watching ads from their favorite celebrities. 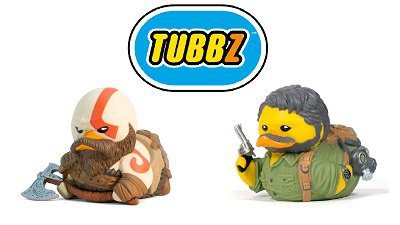 God of War: Ragnarök trailer sets the stage for the game’s story