Greetings, readers! This is your friendly neighborhood Mailbag Man at the GF365 Department of Fan Mail. From time to time, we get emails and messages from fans on social media. So we thought: why not put together a feature with some of the more interesting questions and comments?

Anyway, the Department of Fan Mail doesn’t run itself. So let’s get to the first message!

How many DLCs does Wreckfest have?

Well, Billy, this is one you could have probably just Googled. But I’ll help you out anyway because I’m such a nice guy!

According to our friends over at Fanatical, Wreckfest has 8 DLC packs as part of its Season Pass. If you’re curious, it retails for $22.99.

I was wondering what is the next game after Sun and Moon? I think you should do a remake of Pokemon Diamond and Pearl for 3DS!

We’ll pass along your suggestion for a remake of Pokemon Diamond and Pearl to the other Game Freak. 🙂

I was curious if your site was hiring new writers. I’m somewhat of a new writer and most of my work has been for myself, and a few pieces for on content sites. If you’re interested I can write an article or review on a subject of your choice so that you can see my writing style.

We’re always looking for new contributors! If you’re a writer and want to join the team, the best way to do so is to contact Kyle. You can also find out more on our About page.

Is anyone available to chat?

Thank you for getting rid of push notifications. I couldn’t find out how to unregister and now I don’t have to.

You’re welcome! Mailbag Man is happy to take credit for everything positive with the site.

How do you determine what trailers make your top trailers list each week?

We put the trailers in a big black top hat and pull them out one by one. Just kidding! We have developers mud wrestle for the right to get featured.

Okay, but seriously… it’s based on the number of views.

Want to be featured in the mailbag? Drop a line to mailbag@gamefreaks365.com or send a tweet to @GameFreaks365.

Just FYI… the Department of Fan Mail receives a lot of messages. Most of them go to the incinerator, but we may feature yours. Who knows?

PlayStation Plus May 2021 lineup revealed 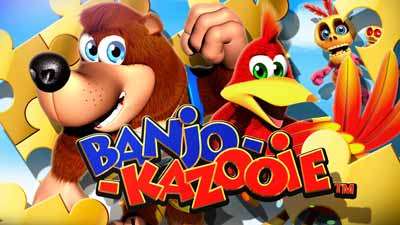