The 2018 God of War reboot is officially coming to PC.

Sony’s Santa Monica Studio announced today that the PS4 exclusive is coming to PC on January 14, 2022. The game has already sold 19.5 million copies on PS4.

Our primary goal when bringing God of War to PC was to highlight the exceptional content the team created and leverage the powerful hardware that the platform offers to create a uniquely breathtaking and high-performance version of the game.

You’ll be able to enjoy the full potential of our cinematic, no-cut camera as it follows Kratos and Atreus across the realms with the option of true 4k resolution, on supported devices, and unlocked framerates.

Our PC version includes a wide range of graphical presets and options so you can fine-tune your visual experience based on your setup. From higher resolution shadows and improved screen space reflections to enhancements to the ambient occlusion pipeline with GTAO and SSDO – God of War on the PC can create striking visual quality unique to the platform.

This is the latest Sony franchise to branch out onto PC. Others include Horizon Zero Dawn and Days Gone. Earlier this year, Sony brought MLB The Show 21 to Xbox consoles.

With God of War Ragnarok on the horizon and PS4 in its twilight, it makes sense for Sony to want to reach a broader audience. This new release will let PC gamers get a taste of the franchise before Ragnarok is released in 2022. 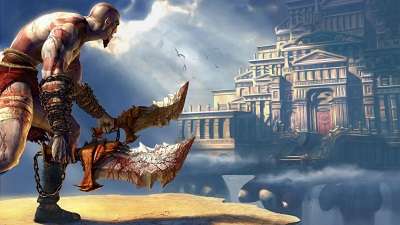