Nintendo will be updating its mobile-focused Mario Kart Tour this coming week with a new winter-themed tour.

The new tour update will go live on Wednesday at 1 AM Eastern. As with all tours, it will last for two weeks.

Nintendo has yet to name any new tracks or reveal a new character, but a screenshot posted on Twitter indicates that a new track is in the works. We anticipate a new racer as well – or perhaps more likely, an alternative skin for an existing racer.

What's that outside? Has it started snowing already? That can only mean one thing…the next tour is the Winter tour! Bust out your snow tires and ready your chains for a flurry of fun starting 11/19 at 10pm PT! #MarioKartTour pic.twitter.com/WuVmKPqhHD

Mario Kart Tour was released in September to mixed reviews. I found some of the microtransactions to be annoying and the game to generally devalue a popular Nintendo franchise. However, it can be fun in short bursts.

Are you still playing Tour? Who would you like to see added to the game? Leave your comment below! 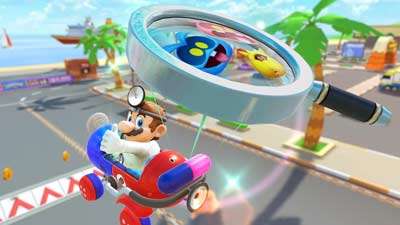