Minecraft: Story Mode Episode 2 is a bit of a mess. The episodic story-driven Minecraft spinoff has hit a rough patch that it might not be able to get out of in time to save the flailing series.

Episode 1: The Order of the Stone proved to be a mixed bag at best, focusing heavily on melodrama between its main characters without doing much to introduce the characters themselves, much less make them likable. Jesse and friends are off to save the world from an evil Witherstorm but somehow everyone seems to be more preoccupied with their petty differences than the imminent destruction of civilization.

Minecraft: Story Mode – Episode 2: Assembly Required starts off strong enough with a decent action sequence on a train line in the Nether. Depending on your choices from Episode 1, you are either making your way to Redstonia with Olivia to recruit Ellegaard the Redstone Engineer or to Boom Town with Axel to recruit Magnus the Rogue. The two separate plot paths converge about thirty minutes into the episode.

Many of the problems with Episode 1 are exacerbated in Episode 2. There are long stretches of tiresome dialogue. Episode 2 manages to feel even more linear than Episode 1. Other than appearances from enemies like creepers and a few veiled references there are few hints of Minecraft at all.

Not much is offered in the form of gameplay, either. There is very little in the form of exploration, which is rather odd for what is supposed to be a point-and-click adventure game. Puzzles are also non-existent in Episode 2. The only real interactive portions are a couple of action sequences and brief combat sections.

All of this might be forgiven if the story offered even a semblance of promise but I feel like I am grasping at straws. The characters are self-destructive and unlikable. There is also no real sense of adventure. Worst of all, it’s over in an hour. Maybe that’s not such a bad thing, though, since another thirty minutes of this probably would have pushed me to give up on the series altogether.

It gives me no pleasure in highlighting the flaws of Minecraft: Story Mode. This is after all a game geared towards a younger audience. But even kids, perhaps even more so than me since Minecraft is such a big part of their gaming universe, are going to find Minecraft: Story Mode Episode 2 to be disappointing. Hopefully this series can be salvaged but I seriously have my doubts at this point.

Recommendation | Melodramatic dialogue, unlikable characters, and over in an hour. Not much to like here. 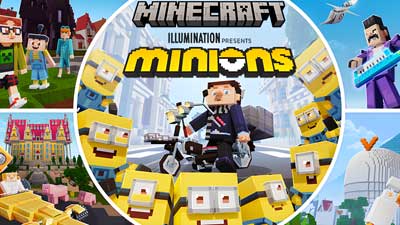