I want to get something out of the way: Persona 5 is my favorite RPG of all time. It’s a title that absolutely oozes style. And in a genre known for often being long-winded, it does an incredible job of making sure that you’re progressing through the narrative in a smart way.

I initially had a hard time breaking through the first act of Persona 5. It wasn’t until about three months after release that I really started to get into it. Once I was, though, I burned through a 130-hour platinum trophy in two weeks.

I was a little surprised that Persona 5 Royal launched so quickly after its initial release. But with the core gameplay here remaining the same as it was a few years ago, not a lot has changed. Don’t get me wrong, though: this is the superior version of Persona 5. There is a new playable character, as well as a couple of other new faces, a third semester that extends the calendar of playtime, and a new palace in the third act.

Persona 5 Royal follows a teen after he gets in a little trouble with the law. In order to remain in school, he gets taken in by a coffee shop owner whose job is to keep an eye on him. It quickly becomes apparent that there’s a dark force that has taken over the minds of key characters. These NPCs become the main encounter of each dungeon. While most of these characters are not linked, the plot of Persona 5 Royal makes moving from dungeon to dungeon natural, even while cycling through antagonists.

It would have been easy for Atlus to just tack on the new Persona 5 Royal content at the end of the game, but the new playable character Kasumi Yoshizawa is introduced early in the game. However, she doesn’t become playable until far later in the game.

Kasumi is introduced and interspersed in the narrative in a relatively smart way. But those who are fairly familiar with the core Persona 5 story will still find her moments a bit jarring. Those going in fresh will probably find her inclusion was done smoothly.

The main thing that still stands out to me is the uniqueness and variety of the dungeons. The level design is top-notch, too. And whether it’s the catchy jazz music or the dungeon layouts, Persona 5 Royal manages to maintain the amount of style from three years ago. Persona 5 Royal‘s menus, attacks, music, level design, and characters all have their own distinct flair that helps set it apart from every other RPG out there.

The combat remains the same from the original release. This is an old-school turn-based RPG built around discovering enemy weaknesses. If you hit an enemy’s weakness you stagger them and get another attack. This chains until you miss a weakness or knock down all of the enemies. Once this happens, a powerful all-out attack is triggered that damages all enemies.

Despite the simplicity of the combat, there are a surprising amount of intricacies involved. In addition to elemental and Persona attacks, players have access to a gun they can shoot. Sometimes the gun can be really powerful against certain enemies.

However, things have changed up a little bit in Royal. In the initial release, players were limited to a certain number of bullets for an entire palace. In Persona 5 Royal, the bullets refill after every battle.

One of the things that I really loved about Persona 5 was that in more difficult sections I really had to work for it. Those bullets were often what made me either lose a fight or get to continue on. Having them refill helps ease a bit of that burden. No, it doesn’t take anything away from how great this game is, but it often doesn’t feel as satisfying.

All of the characters that you become closer to have unique backstories and individual storylines. All of them are pretty interesting, too. The cast of characters here are very unique, and the new characters are just as interesting. Goro Akechi’s narrative from Persona 5 has been reworked as well, and he can now be treated as a confidant. Although unlike everyone else’s confidant level, he only has five levels as opposed to the usual ten.

Finally, the addition of a new grappling hook doesn’t change much other than opening up some new exploration elements inside palaces. While exploring, a new item called Will Seeds can be found. There are three per dungeon. These can be turned into a new character named Jose, who is located in Mementos, rewarding players with powerful bonuses.

Persona 5 Royal is the definitive version of Persona 5. If you haven’t had the chance to play the best role-playing game of this generation, there’s no better time. It was a long while between Persona 4 and Persona 5, and I’m hoping that the wait isn’t quite as long for the next one. The franchise just keeps getting better and better. Path of Exile is closing out 2020 with three different in-game events throughout the month of December. The events include a one-week Mayhem Event, a one-week Endless Delve Event, and a three-week Heist Flashback Event. We have more details on each of the events below, which lead up to the end of the Heist League… The sci-fi first-person shooter Disintegration is getting both a closed and an open beta at the end of January. The betas will be available for PC, PS4, and Xbox One. V1 Interactive has confirmed that the closed beta will run from January 28-30. Click here to sign up now. If you don’t make the closed… The Call of Duty: Black Ops Cold War and Warzone Season 2 cinematic trailer is out today. Season Two officially launches in Black Ops Cold War and Warzone on February 25. We have the Season Two trailer below, so scroll down for that. But there’s more Call of Duty news than just the Season 2 trailer. Throwback Moshpit and Double…

It’s time to live this new chapter of the eternal battle between Assassins and Templars of the Assassin’s Creed universe Assassin’s Creed, besides having amazing games (and some not so much), has equally amazing novels. The most recognized among fans of the game, and those of literature, is the series of books written mostly by… The Last of Us Part II has sold more than 4 million copies in its first three days on the market. That makes it the fastest-selling first-party PS4 exclusive of all time. The game’s director and the VP of Naughty Dog, Neil Druckmann, released a statement thanking fans for supporting the game: We are so… 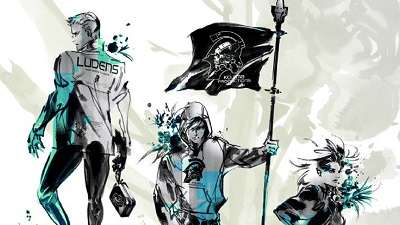 After some statements with Famitsu and a tweet, we can say that Kojima will get down to work in 2022. Hideo Kojima, the renowned video game creator in both the video game and film industries, has not revealed anything about his future game since Death Stranding. The guy behind legendary series like Metal Gear and…