I am having a hard time finding the words to adequately describe my deep love and appreciation for developer Quantic Dream. The only word that springs to mind is “wow.” Quantic Dream, developer of Indigo Prophecy and Heavy Rain has outdone themselves in the truest of manners. Heavy Rain was my favorite game, not just for PlayStation 3, but my favorite game of all time. I was a little late to jump onto the bandwagon, until a friend of mine let me borrow it, but once I did I was hooked. 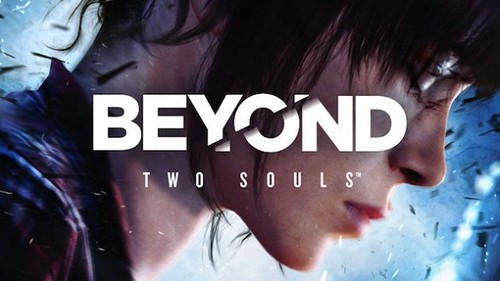 Quantic Dream has outdone themselves with Beyond Two Souls. About halfway through the game, I went over to a friend’s house. Upon arriving there I stopped, got everyone’s attention, and informed them that not only was Beyond Two Souls a great game, but the best game I have ever played. Heavy Rain was a cinematic title, and Beyond Two Souls follows the same trend of interactive drama, but elevates the story and interactive elements to new heights not seen before in a Quantic Dream title.

Beyond Two Souls follows a girl named Jodie through around fifteen years of her life. Throughout this review, I will compare this game to Heavy Rain, but even with its similarities, the two games are very different. While Beyond does have a lot more interaction than offered in Quantic Dream’s previous titles, the story here takes center stage, and it had me pulling my hair out for the majority of the eleven hour run time. Jodie is attached to an entity named Aiden. Aiden plays just as much a role in Beyond as Jodie does. Aiden loves Jodie, and Jodie loves Aiden. Aiden displays love, jealousy, and attachment to Jodie, even as a character with no physical presence. 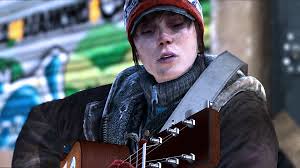 Halfway through, it didn’t seem like I was going anywhere. It seemed like I would get a quick glimpse of Jodie as a young girl experiencing some sort of paranormal phenomenon, only for that quick bite to lead nowhere. Fast forward to the next section when I learned more about Jodie as an insight into the paranormal, and all of a sudden that scene of her as a young girl makes sense. Her feelings, her fright, her experiences fall into place. 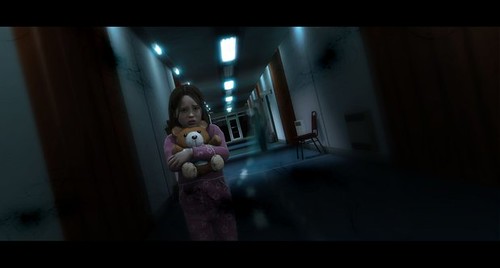 That’s the beauty of Beyond Two Souls. All of her experiences, her visions, culminate into something much larger. Even if she doesn’t understand it at the time, she reaches a point where every decision she makes affects how people around her behave and talk to her. If Jodie is mad at someone, they remember. Aiden is the same way. Aiden’s jealousy of Jodie becoming intimate with others around her causes some natural frustration from Jodie, but Aiden is as much a part of Jodie as Jodie is of Aiden. The two come as a pair, and people understand, especially the ones who have seen her grow.

Jodie has seen a lot. Like I said, the story is told from different points in her life erratically. She has been a confused young girl, a CIA agent, homeless, and on the run from the law. All of these ups and downs throughout her life lead to a specific point in her life. Beyond Two Souls is all about choice. Every choice you make throughout the game can affect the outcome. Who you push away, or who you allow to get closer. I’m going to avoid spoilers, so I think I’ve said enough about the story. 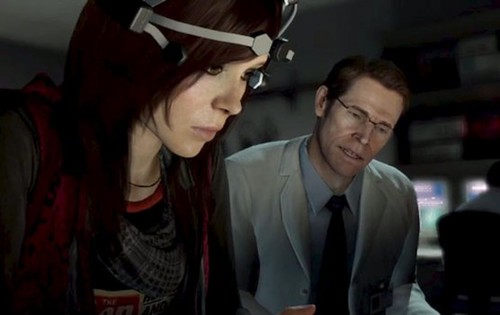 Beyond Two Souls is a technical marvel. The game screams next-gen with the disc spinning in my PS3. Graphically, Beyond Two Souls is the best PS3 has to offer. Not a single texture popped in during gameplay, and everything loaded incredibly smoothly. Short load times were surprising given how much was going on in Beyond Two Souls.

While many readers may know how Beyond Two Souls was created, I’ll elaborate real quickly for those who don’t. Almost all character animations in Beyond Two Souls were created through motion capture. Beyond features two huge actors, Ellen Page and Willem Dafoe, almost flawlessly. There were more than a handful of times I forgot I was playing a game and thought I was watching a movie. Environments are beautifully rendered, and the actors give the performance of their careers. Ellen Page consistently made me cry. I felt for these characters. I identified with them. More importantly, I felt their pain. To me, this is what gaming is all about. When I care about a character, I am instantly immersed. I don’t identify with characters very often, but when I do, it usually is because Quantic Dream is involved.

The interactive combat was something that wasn’t featured in Heavy Rain, but was incredibly welcome in Beyond Two Souls. Early in the game, Jodie learns to fight through her CIA training and this combat is present throughout Beyond Two Souls in its entirety. Not only in the combat, but also when an action sequence occurs. During fights, the screen will slow down and change into a sepia color. Pressing the right stick in the correct direction is key here: if Jodie is throwing a punch to the right, press the joystick right. If she needs to duck, flick the stick down.

This leads to my only complaint with Beyond. With all that would be going on in each scene, it would be occasionally hard to tell which direction I was supposed to shift the right joystick. This wasn’t just a one-time occasion, either. This happened numerous times throughout my playthrough. However, I never “lost” any of my action encounters. I could have done better, but I never died, or got a game over throughout Beyond Two Souls. I still don’t know if it’s possible to hit a game over screen. Even if I did incredibly poorly in a sequence, Aiden would always be there to come to my aid if I needed him. I’m sure cutscenes would have played out differently, but I don’t know how other characters in the game would react to Jodie if I was more accurate with my actions.

In terms of story, I didn’t know what to expect from Beyond Two Souls, despite having followed it for quite some time. I’m glad I didn’t watch any spoiler videos, and I’m glad I didn’t read anything on it. I knew the basic plot and type of gameplay going in; Beyond is best played that way. Because of this exact reason, I am trying to avoid going into any spoilers.

Beyond Two Souls screams the question of what happens to us when we die. Each scene in the game serves a purpose, even if you don’t understand it right away. A sometimes frustrating camera and combat system don’t take away from the driving plot at all, and will leave players wanting to see all of the different endings of the game. I don’t have the platinum trophy yet, but it seems there are about eight or nine main endings.

Even though PS3 games are going to be coming out for a while even after the release of the PlayStation 4, I have a hard time believing Beyond Two Souls won’t be the PS3’s swan song. It’s a fitting end of incredible PS3 exclusives that hit home with a gripping narrative and rich world of characters.

Beyond Two Souls is a masterpiece and should easily earn a spot on the shelf of any PS3 gamer. Like Heavy Rain before it, Quantic Dream’s repertoire of story-driven games has moved me like no other before it. I am happy to dub it the best game I have ever played. To anyone who picks this up, enjoy Ellen Page and Willem Defoe’s performances, because they are bar none the best any game (or movie) has to offer.

Recommendation | Beyond Two Souls is a masterpiece and should easily earn a spot on the shelf of any PS3 gamer. Like Heavy Rain before it, Quantic Dream's repertoire of story-driven games has moved me like no other before it. I am happy to dub it the best game I have ever played.