The late eighties and early nineties were exciting, at least for those of us who grew up in that period. People were still playing the NES, Teenage Mutant Ninja Turtles was the hit television show for kids, and Chuck-E-Cheese consumed every last quarter that we owned. Good times. 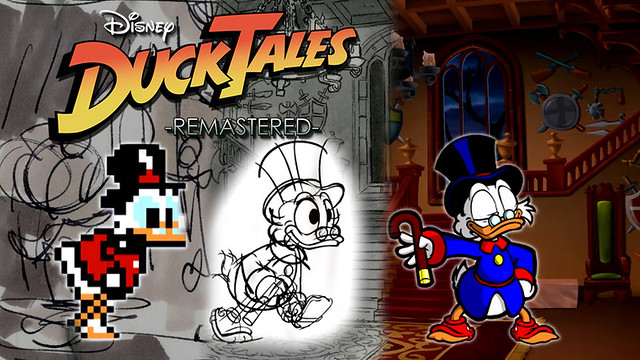 Capcom hopes to spark some of that nostalgia with the remake of their popular 1989 NES release, DuckTales, which they are calling a “remastered” version. Fans of the cartoon series and classic video game are sure to find the remake an appealing download. But is it as good as the original?

One of the first design decisions that the developers at WayForward had to make was whether to faithfully recreate the levels or use them as inspiration. As the word remastered suggests, they chose to faithfully restore the old levels with a new coat of paint, even down to specific enemy placement and hidden treasures. This is not a complaint but it should be noted. 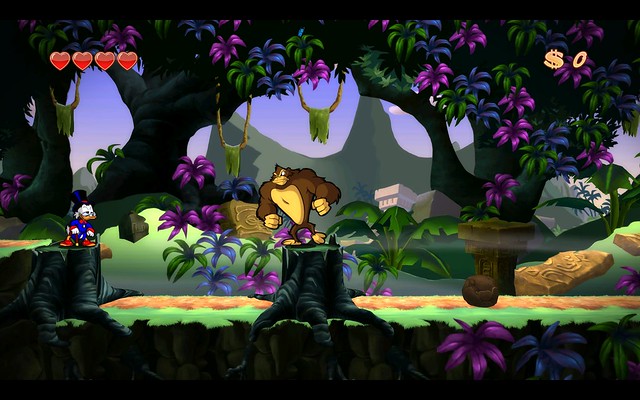 The level design encourages exploration. A mini-map shows where you need to go in order to reach objectives such as treasure and other items. Most of the levels are multi-tiered so you will ascend and descend to reach new areas. All told there are five different worlds to explore, a tutorial level to start you off, and a new level leading up to the final boss encounter. It’s about a five to six hour playthrough.

DuckTales Remastered, like the original, is a side-scrolling platformer. The same mechanics that made the NES version unique, such as the fact that Uncle Scrooge can use his can like a pogo stick, are present. And while you cannot jump on the heads of enemies to kill them (this will result in Scrooge losing health), you can pogo stick their heads. 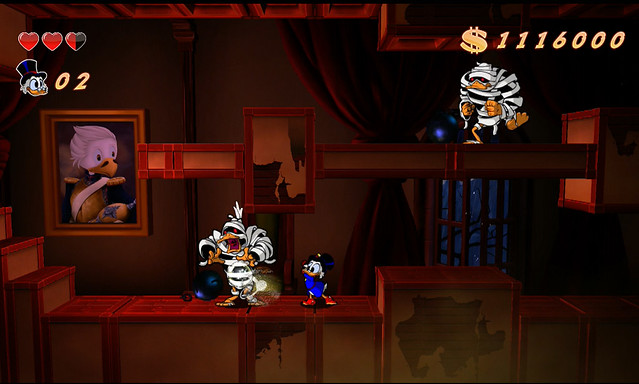 Also returning are the insanely difficult levels. Thankfully, DuckTales has different difficulty levels to offer a more accessible experience to new gamers while retaining a serious challenge for more experienced gamers if they so choose. The main difference is that the easy setting will reduce your health by half of a heart and dying returns you to a checkpoint. More difficult settings reduce health faster and will result in you heading back to Scrooge’s mansion to start the level over again.

Money that you earn throughout each level can be used to purchase things such as concept art, level designs, and even goodies from the old cartoon series. They’re neat little additions but do not provide any real incentive to continue playing. This is the extent of bonus content. 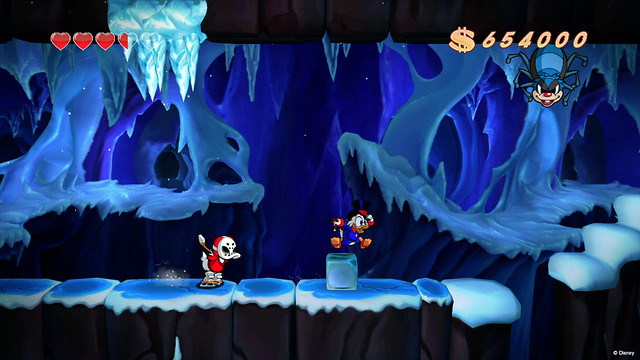 The best part of DuckTales: Remastered is the art design. The levels are hand-drawn by Disney artists. The characters and backgrounds look like real heart was put into them. The characters come to life with bright color and animated expressions. The sound is also pretty decent. The only detraction comes from the fact that Scrooge and other characters interrupt the flow with constant dialogue interruptions that halt gameplay.

Whether you buy DuckTales: Remastered really comes down to one of two things: if you enjoy challenging 80s-style platformers and if you are a fan of the original video game. If you can say yes to either of those, or both, then by all means I say it is worth a download. It’s not a cutting-edge platformer that attempts to innovate — and that’s not what it was meant to be, either. The developers set out to make a faithful recreation and they have succeeded.

Recommendation | If you enjoy challenging 80s-style platformers (or the original game), Duck Tales: Remastered is worth the price to download.