Fans have eagerly awaited a sequel to the SNES classic Legend of Zelda: A Link to the Past for the past twenty years. Fans have also sought an original Zelda game on the Nintendo 3DS handheld, which makes Legend of Zelda: A Link Between Worlds fitting in two ways. Not only is it the first original Zelda on the 3DS, it is the successor to A Link to the Past. 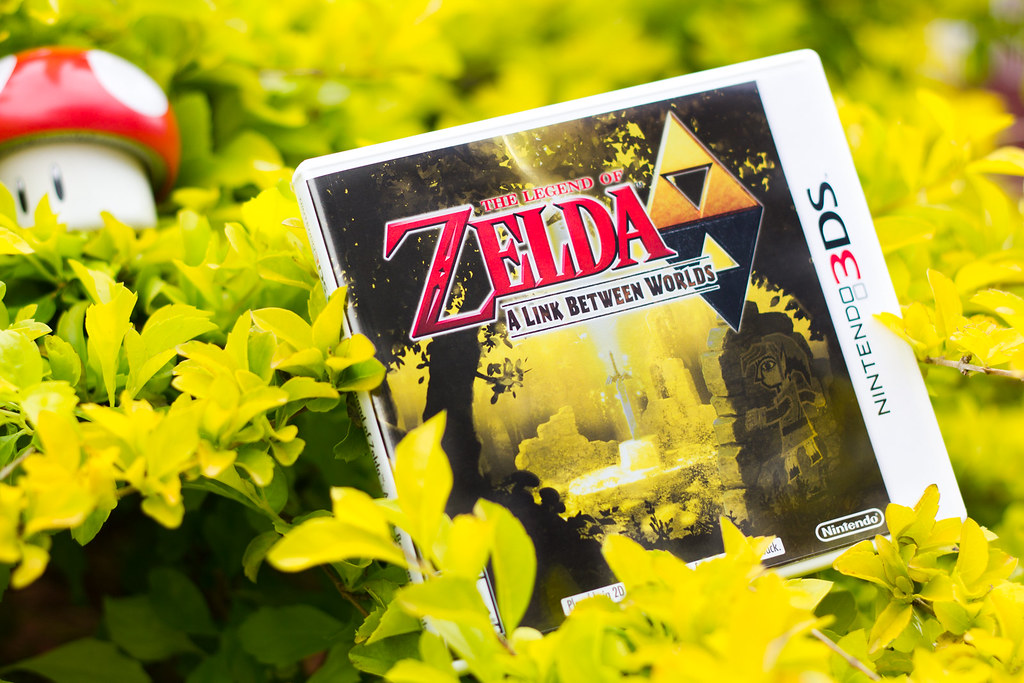 Legend of Zelda: A Link Between Worlds takes place six generations after A Link to the Past. A sorcerer named Yuga has wrought chaos in Hyrule, using his powers to turn Princess Zelda and the Seven Sages into paintings. He intends to use the Seven Sages to resurrect Ganon, the previously defeated demon king. Only the hero Link stands in Yuga’s way. 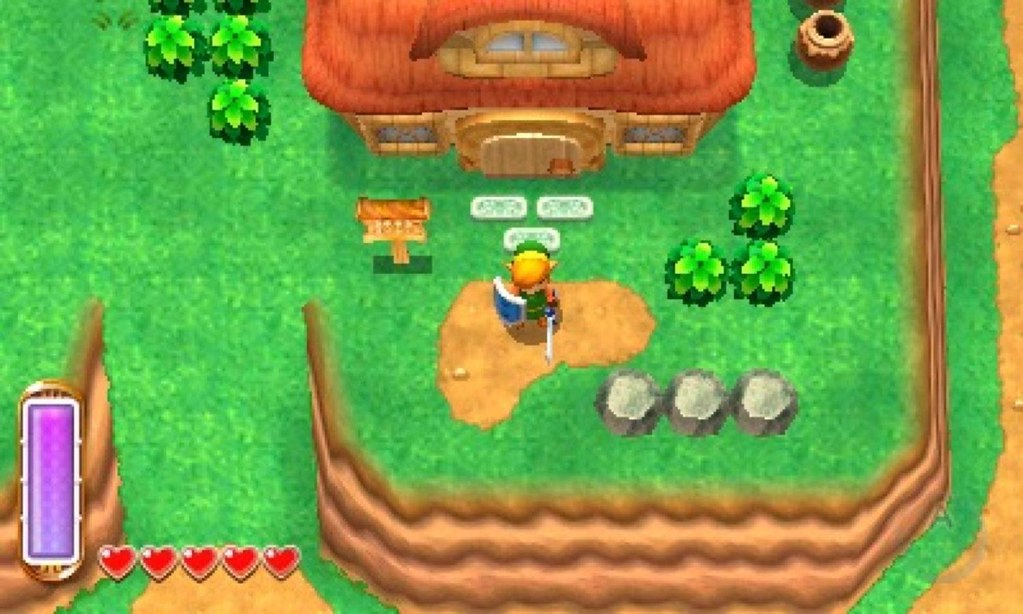 A Link Between Worlds borrows a number of elements from A Link to the Past aside from just setting. The overworld is basically the same with enemies that you will instantly recognize. The game also features the same top-down bird’s eye view, although the game now supports stereoscopic 3D. 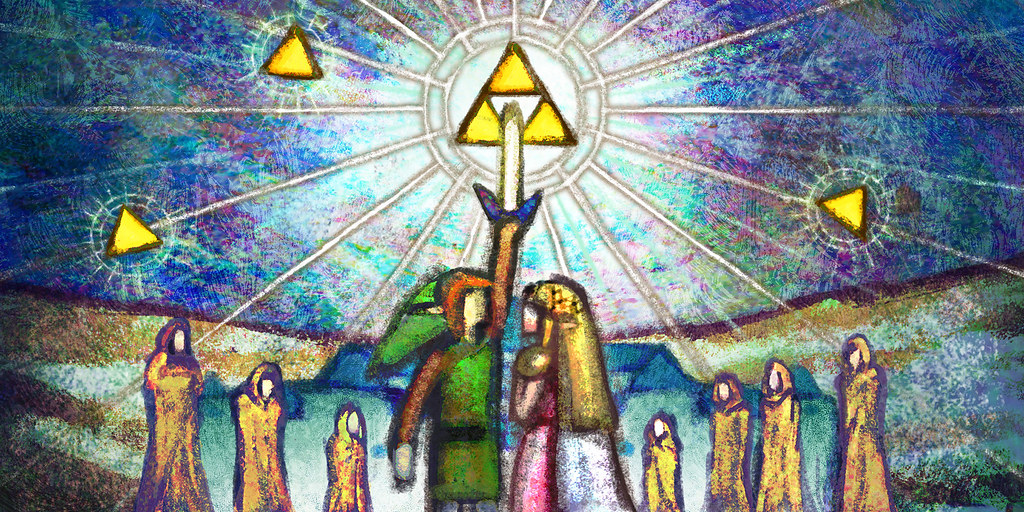 The major difference comes from how Link can now flatten onto walls. This ability allows him to get past barriers, cross chasms and slip through window bars. It’s a decent concept that plays a central part in a number of the game’s puzzles. However, it’s also something that could have just as easily been accomplished on any other system, not taking advantage of any unique 3DS capabilities.

Despite a lack of integration with the 3DS’ unique feature set, Link Between Worlds manages to remain relevant just fine. The core gameplay, still intact over twenty years after the original, is remarkably playable. The balance between action, adventure and puzzle-solving is perfectly struck thanks to brilliant level design, varied gameplay, and a slowly unwinding (albeit familiar) plot. 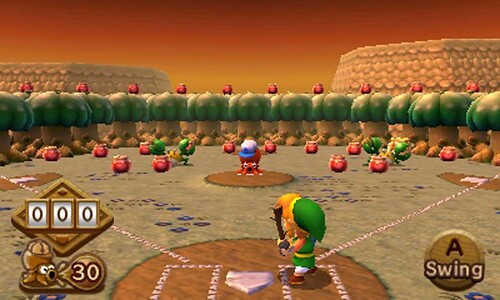 A Link Between Worlds succeeds the most in re-creating the old-school gaming experience while retaining some of modern gaming’s conveniences. For instance, you can easily teleport from one save point to the next — weather vanes that make cute-sounding noises. Yet the game only has one difficulty level, proving a challenge at times for even veteran Zelda players.

Make no mistake, you will die in this game, but the penalties are quite bearable. In a slight formulaic twist, your items are rented rather than purchased. When Link dies, you have to re-rent them for a fee, so there is a penalty. On top of that you will have to re-enter the dungeon from the entrance rather than where you left off (the exception being if you reached a checkpoint portal near the boss’s door). 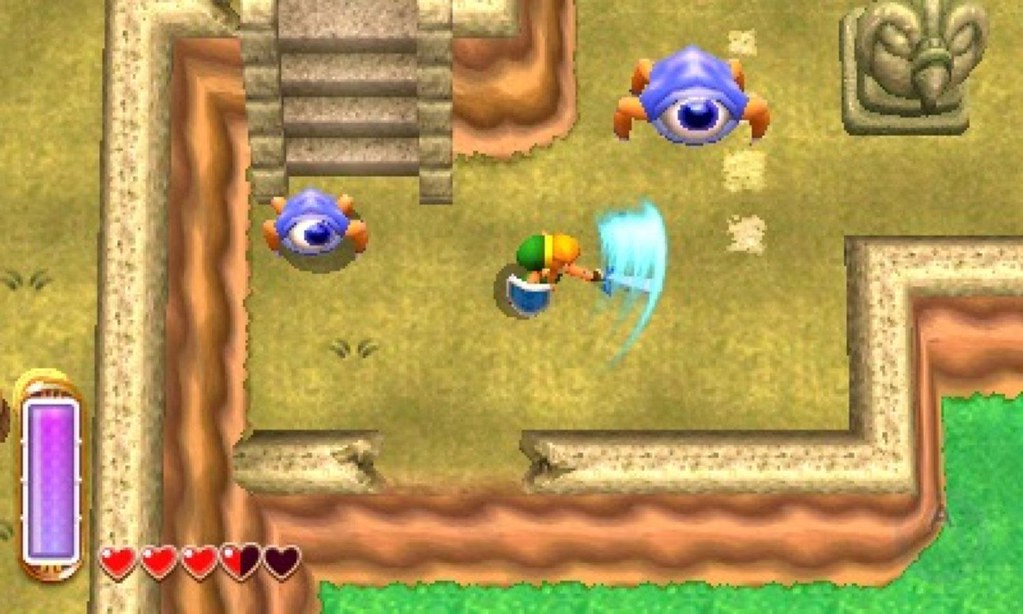 It’s easy to “cheat” the system. Collecting hearts to restore health is as simple as leaving a room and reentering to find vases or weak enemies magically reappeared, along with their randomly dropped hearts or rubies after being destroyed/slain. Another trick is simply reloading your save file rather than deal with the penalties that the game deals — which are more annoyances than anything. Either way, purists can choose to play the game without exploiting these flaws. 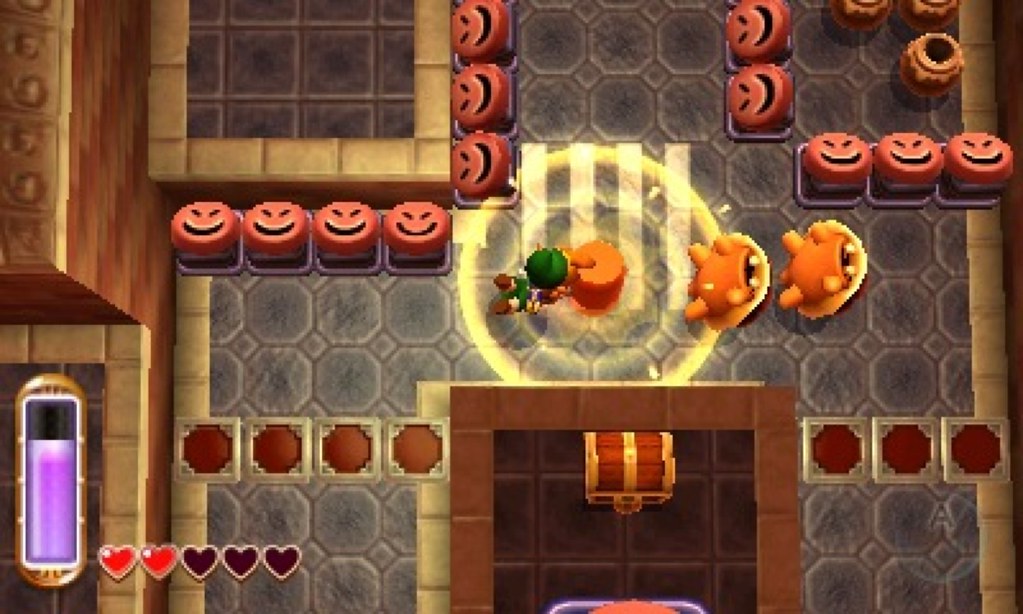 The boss fights set Link Between Worlds apart from most other games in the genre. The feature that the game boasts the most — flattening onto walls — shines in some of these segments, particular ones against Yuga and Ganon. The only complaint that I would level against these encounters is that they prove to be too short and simple. 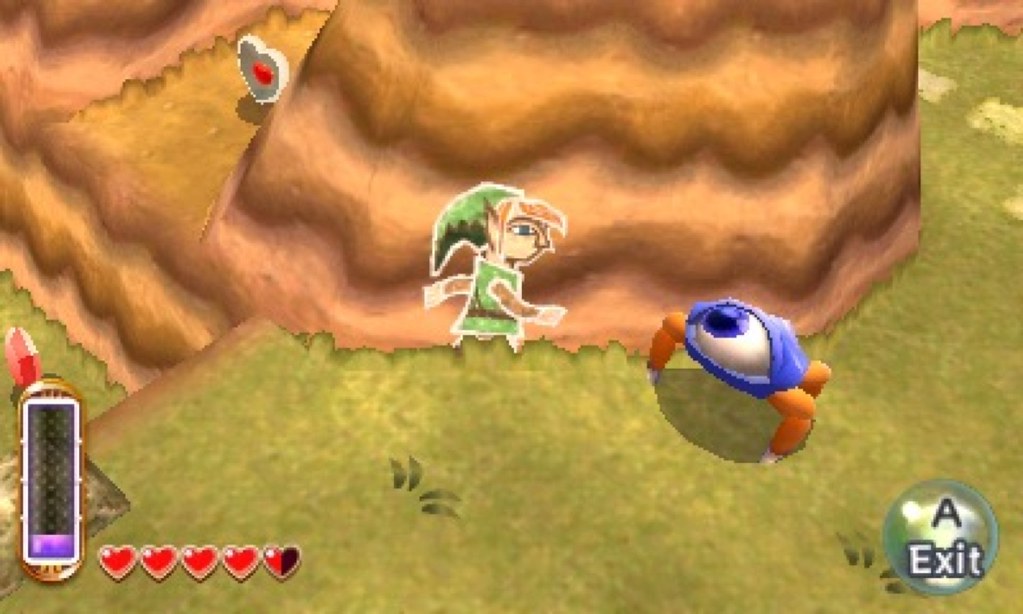 Legend of Zelda: A Link Between Worlds is a worthy successor to A Link to the Past. The gameplay mirrors the SNES classic with modern flare. The experience lasts a good twenty hours, all of which is well worth your time. Simple boss battles and an overworld that is frankly a carbon copy of A Link to the Past can be seen as negatives but life-long fans are just as likely to find them as pluses.

Overall, very few people will be disappointed with A Link Between Worlds. It may not be an instant classic but it is another solid game in the 3DS library.

Recommendation | A Link Between Worlds does not disappoint, and is a worthy successor to Link to the Past.