Michael Ancel is a creative genius. The mind behind such franchises as Rayman and Beyond Good & Evil, Ancel oversaw the development of Rayman Legends as the game’s director. He is Ubisoft’s French equivalent of Nintendo’s Miyamoto or Konami’s Kojima. In a word, Ancel is a titan in the industry. 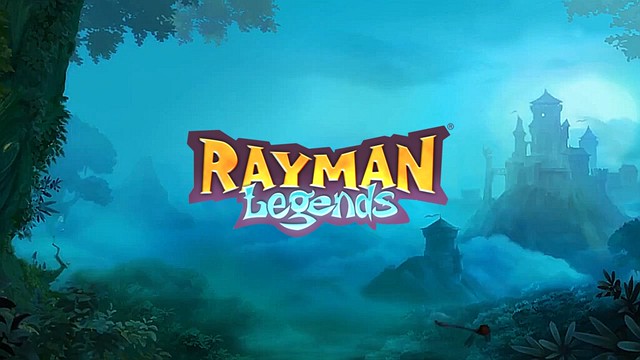 Rayman Legends is but the latest in a string of remarkable successes from both Ancel and Ubisoft. Rayman Origins’ successfully rebooted the franchise in 2011 with an emphasis on visual flair, simple 2D platforming, and a cast of likeable characters. Legends capitalizes on the solid foundation of Origins to take the series to new heights.

Rayman Legends, like its predecessor, is light on combat. Most of the enemies will not even really attack; you just have to be careful not to run into them. Instead the game is more focused on platforming and avoiding the many environmental hazards that lay along your path. 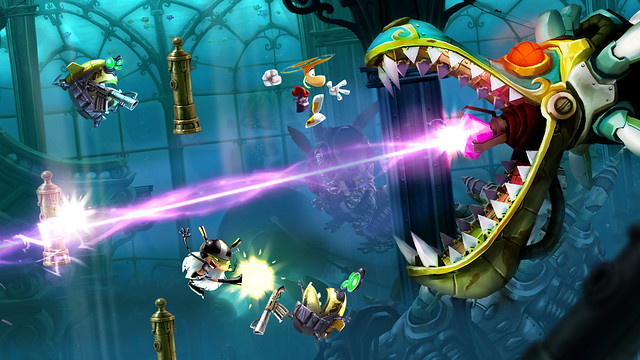 A big part of any Rayman game is exploration. To that extent there are a ton of hidden areas for you to find gold coins and Teensies, tiny blue characters locked away in cages. All of these will give you more Lums, which is a kind of currency and score system in Rayman Legends. The number of Lums you have can earn you a lucky ticket, which in turn can be used to unlock goodies. Lums are also used to buy new playable characters. Teensies are needed to unlock new stages, so be sure to find those hidden cages!

Rayman is not the only character that you play as in the game. During a Murphy segment, the AI will control the character while you use the Wii U GamePad to clear the way, slicing ropes to drop objects, tapping enemies, lifting or lowering platforms, and plucking things out of the ground. The game may also have you use the GamePad’s built-in gyroscope, tilting the controller left and right like a steering wheel to manipulate a puzzle on the television screen. It’s a great use of the GamePad. 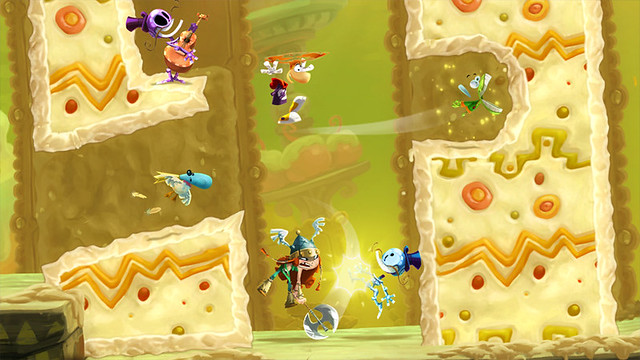 Multiplayer is not only encouraged, it is preferable to playing alone. I guarantee you will have a lot of fun playing with your friends. Three people can join in using a Wii Remote and nunchuk. The person using the GamePad plays as Murphy and is in charge of clearing the way for other players. Murphy can also grab items such as coins and tickle enemies.

Most of the levels in Rayman Legends follow some kind of theme: medieval, Latino culture, etc . One of the levels has you running from a wall of flames to the rock song “Black Betty”, timing your jumps and smashes to notes in the song. It was at this point that I fell in love with Rayman Legends. 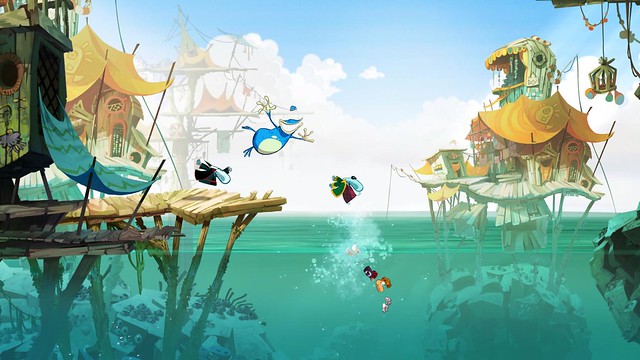 As for replay value, Legends is surprisingly loaded with them. For one, there are a ton of characters, stages, and other goodies to unlock On top of that, clearing a level once will unlock an “invaded” version of the stage, featuring new objectives and enemies. Finally, the developers were wise to include a “Back to Origins” section which includes all of the levels from Rayman Origins as free unlockables.

The graphics are simply stunning. The crisp picture looks great on the Wii U. Frame rate is never an issue. Fluid action combined with rich color makes Rayman Legends one of the best looking games on the market today. The characters express themselves emotionally in an exaggerated cartoonish way. Simply put, Rayman Legends sets the new standard for what platformers should look like. 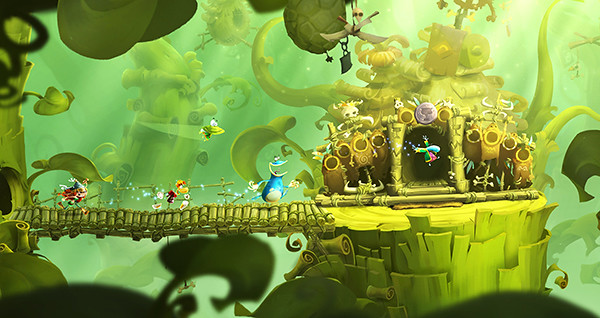 This is probably the first multi-platform game that I would recommend the Wii U version over all others. The reason is pretty simple: the game was developed as a Wii U exclusive. As a result, the game takes advantage of some pretty neat features using the GamePad that you will not find in other versions, namely the touchscreen aspects that make assisting friends more interesting.

No matter what system you are buying it on, Rayman Legends is something that you simply must get your hands on. It is a masterful work of art, plain and simple.

Recommendation | Rayman Legends is a masterful work of art, plain and simple: it's among the best third-party Wii U games, but still a treat on all the other platforms.