Saints Row has always been at the top of its game spoofing the ridiculous plot devices of both video games and movies. It’s a sort of weird mix between Monty Python hijinks and Grand Theft Auto gameplay. The formula has worked for three iterations and stunningly, it continues to impress. 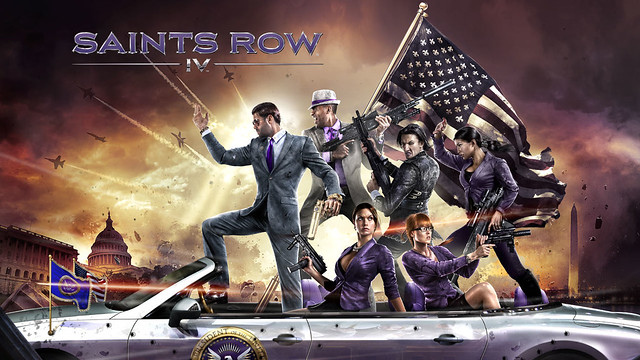 The game starts with the Saints taking down a terrorist organization hell-bent on destroying America. After fighting your way through a compound full of terrorists you find out that they have launched a nuclear missile and it’s heading straight for Washington D.C. Your character jumps on the rocket in Hollywood-like style, disables the threat, and lands safely.

Several years later your character is elected president. Yes, you play as the leader of the free world.

Best of all: you have super powers. You see, Earth has been invaded by aliens and when attempting to defend the White House, the president is captured. Your consciousness is inserted into a computer reality matrix where you must try to escape. Thankfully, you have some old friends (and super powers) to make the task of saving the world a little easier. 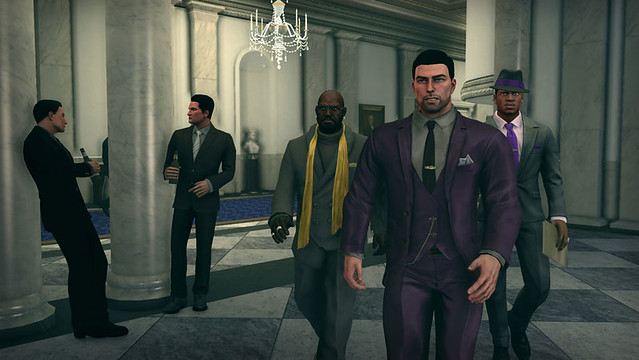 My boyfriend would probably say that I’m a sucker for cheesy action films (a la nearly every James Bond film from Connery until Brosnan). I won’t contest that assertion. However, Saints Row IV doesn’t even give the pretense of seriousness. As the story above would attest, it is pure campy fun.

The core game itself, though, is based largely on Saints Row: The Third. The city of Steelport has been reworked to give off the vibe of a dystopic future. It is constantly night-time and the city is patrolled by a menacing alien police force. 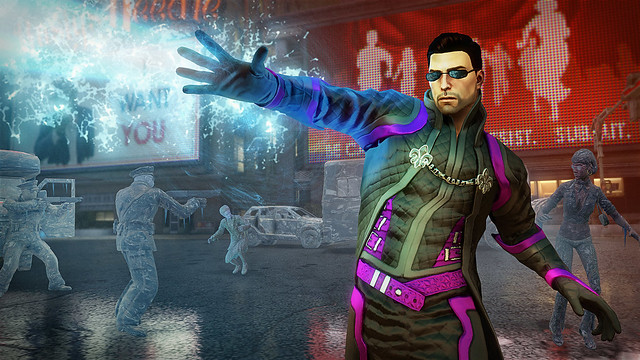 Before you conclude that Saints Row IV is just a rushed, poorly-made sequel to a franchise that was brought out of the ashes of THQ’s bankruptcy, think again. Saints Row IV is less about gunplay and driving and more about some familiar powers that we’ve found in other games: freezing enemies, setting them ablaze and using telekinesis. You can run faster than cars, jump as high as low-rise buildings and glide across town. 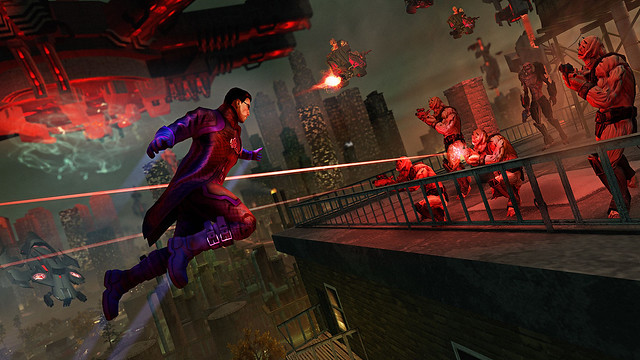 It wouldn’t be fair to the developers to write a review without mention the amazing audio. Sure, the in-game sounds of gunfire and panicked citizens are great but the game really shines in voice-acting and music. The game notably employs actors Keith David, Daniel Dae Kim, Neil Patrick Harris as voice talent.

The soundtrack has an amazingly large and diverse list of 109 songs. Notable songs include Papa Roach’s “Still Swinging”, Aerosmith’s “I Don’t Want to Miss a Thing”, and Paula Abdul’s “Opposites Attract”. Even classic instrumentals such as Tchaikovsky’s “The Nutcracker” are represented. Best of all, you can create your own mixtape to play only the songs that you like.

Saints Row IV does have a few blemishes. The first is that it is a fugly game. Really fugly. The developers put virtually no time in upgrading the graphics engine. Yeah, they did change the style (similar to Far Cry 3: Blood Dragon) but it is fundamentally the same city. Despite a surprising amount of variety, the missions also become repetitive after a while. All said, these are problems that you can get past.

It’s refreshing to play video games that don’t take themselves seriously. The hilarious dialogue combined with the awesome soundtrack will keep you entertained even when the gameplay itself drags on after ten plus hours. Three planned DLC packs should keep you busy for the rest of the year. If you enjoyed Infamous or Prototype, you’re definitely going to dig Saints Row IV.

Recommendation | If you enjoyed Infamous or Prototype, you're definitely going to dig Saints Row IV. Humble LEGO at the Movies Bundle out now