Sony is adding five more games to the PlayStation Hits lineup of discounted top-selling games for PS4, which is the system’s equivalent to Greatest Hits.

Of course, if you follow Game Deals 365, you know that many of these games have already been discounted to below $20. It’s not groundbreaking news, but it does mean that the price cuts are permanent!

Below is a banner showing all of the games that are now featured in the PlayStation Hits discount program. 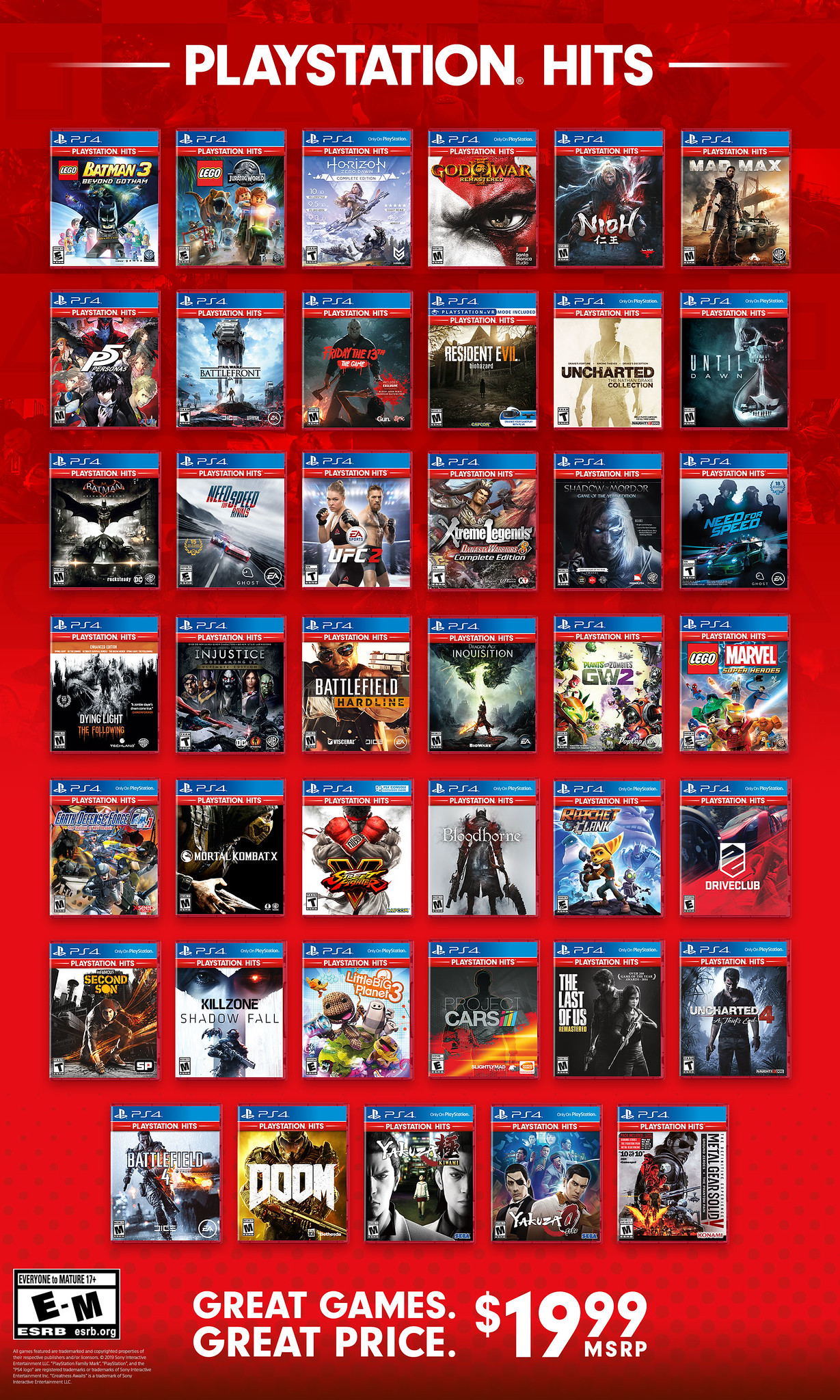