Horror games have seen a big uptick in quality in recent years with the influx of indie titles that have challenged the dated formula of big budget action. Stairs is the latest indie horror game to slow things down and get back to the basics of the genre.

You play as Christopher Adams, a journalist looking into the mysterious disappearances of several people. Adams ends up following a lead to an abandoned, run-down factory on the outskirts of a small town. What he finds is a scene that almost could have been taken right out of the Twilight Zone.

Stairs plays a lot like Amnesia: The Dark Descent, a psychological horror game that uses atmospheric thrills to frighten players. The story advances through notes and journal entries although I will say that it does so fairly poorly compared to other games in the genre. The voice acting is just not that good, often failing to capture the correct emotion for the situation.

The attempt at horror is subtle yet effective. I appreciate the fact that the game’s designers limited cheap “jump” scare tactics. Instead, they heavily rely on slowly building tension through unsettling sounds, disconcerting music, and both verbal and visual foreshadowing. Basically, it is the same successful approach as any good horror movie.

Stairs is not an action-packed survival horror game. It is in fact very minimalist in its presentation and gameplay design, limiting you to a few key abilities. Your character can walk, run, or crouch but the only real actions are action commands or the use of a digital camera (you are a journalist, after all). The camera ends up acting as both a light source in certain situations and a portal into the supernatural realm in others. There are no attacks or weapons at your disposal. Instead, you will have to rely on your wits to survive.

Most of your time is spent exploring the surprisingly varied environments while searching for objects to solve light puzzles and journal entries to fill in story gaps. The pacing is particularly strong and does not suffer from sections that feel drawn out to artificially extend play time. I also never got too frustrated looking for items or solving puzzles as the game is fairly straightforward.

Stairs can be genuinely scary at times. The mechanics — which focus on story, building anxiety and puzzle-solving — are fairly refreshing, even though it has been done before (and arguably better) in games like Amnesia. The game’s biggest weakness is its short length. Clocking in at just about three hours, you can easily breeze through the entire game in one night. It also has a disappointing, anti-climactic ending that leaves the whole matter unresolved. Overall, Stairs is an enjoyable experience if you can get past the short length.

Recommendation | A thrilling psychological horror that feels like a mix between Amnesia: The Dark Descent and The Twilight Zone. 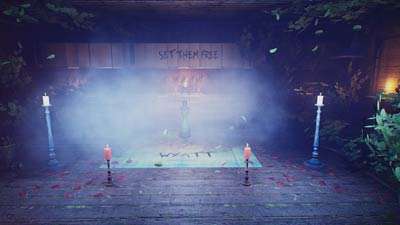