Get caught up in The Legend of Vox Machina, Amazon Studios’ new adult fantasy-adventure series.

Prime Video is off to a great start this year. Despite having a smaller content library than rival Netflix, Amazon Studios is working hard to change that. That is why The Legend of Vox Machina, their new animated series for adults, was revealed recently.

The Legend of Vox Machina is based on Critical Role’s first live-action tabletop role-playing game campaign, which included beloved characters and adventures. For those unfamiliar, Critical Role is a story-based media company. A group of voice actors who began their careers as friends sitting around a table telling epic tales founded the company.

They announced a Kickstarter campaign in 2019 to fund a 22-minute animated special based on the characters of the tabletop RPG. Stunningly, they met their first fundraising target in minutes. The campaign gained steam because of Critical Role’s devoted fan base. It garnered over $11.3 million and became one of the most supported film projects in Kickstarter history. Amazon Studios recognized an extraordinary chance to bring this narrative to Prime Video, so they locked in exclusive streaming rights.

Join the adventure of this band of misfits

Vox Machina, a gang of misfits who like drinking and fighting, is the focus of this new animated series. These unlikely heroes go on a mission to defend the realm of Exandria from terrible magical powers in a desperate effort to pay their increasing bar bill. The gang encounters a number of challenges – from a dark necromancer to a strong curse – that not only put their talents to the test but also their friendships.

The highly anticipated adult fantasy/adventure series has two seasons planned. There are 12 episodes in this inaugural season, which launches on January 28 in over 240 countries across the globe. Fans can expect three episodes broadcast each week exclusively on Prime Video.

Watch the trailer of the animated series down below! 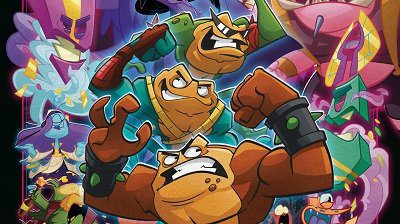