Game Boy games don’t stop coming thanks to Incube8 and Spacebot Interactive. The latest is a dystopian adventure called The Machine.

Incube8 Games has announced today The Machine, a new title produced by Spacebot Interactive and developed by independent developer Ben Jelter. It is coming to the Nintendo Game Boy handheld.

The vintage Game Boy has gotten a great number of releases over the last two years, owing to its portable nature and the adaptability discovered by independent retro game creators. Retro game production is still significant in the business, as seen by games like Deadeus, Genesis, and Gelatinous: Humanity Lost.

Go on an adventure in this dark dystopian world

The Machine is a dystopian adventure game in which you may choose from a variety of story routes set in a unique dystopian setting. Explore the inner workings of a massive machine and the people that inhabit it in the middle of decisions that will shape the future.

In this hierarchical society, your place in the world is established at a young age by an aptitude test, which allows you to play each game as a factory worker, a police officer, or anything else. Learn about the people around you and make decisions that will have a significant impact on the future of your household and its residents.

Despite the announcement, Incube8 Games has not provided further information about the title’s release date. The Machine will be released for Game Boy, but the cartridge will be compatible with Game Boy Color and Game Boy Advance. 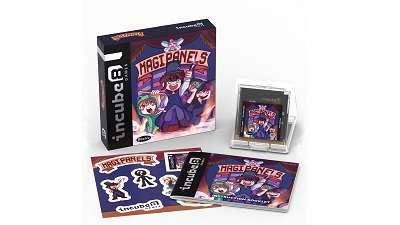