Nintendo fans are loyal. They’ve stuck with the company through thick and thin over several console generations. Nostalgia from childhood drives a lot of that goodwill.

And when Nintendo leaves a franchise dormant long enough, fans tend to take it into their own hands. So it should come as no surprise that fans have made a 2D remake of Metroid Prime. You can even try it for yourself.

Game Informer has more information on the project:

Metroid Prime is widely considered to be among the best games in the series and of all time. It’s so good that it kicked off a debate about whether Samus was better suited for 2D side-scrolling or 3D first-person shooting. Debate no more: a team of talented Metroid fans have been tinkering away at a 2D remake of the GameCube classic, and you can play it right now.

Team SCU are the minds responsible for the project, dubbed Prime 2D, which they’ve been working on since 2004. The team consists of programmers and volunteers who have quietly worked to reimagine Metroid Prime in the style of Super Metroid. According to Team SCU, Prime 2D isn’t meant to be a copy and paste remake; rather, it’s adapting the core concepts of Metroid Prime in what it describes as “a logical 2D solution.” After years of work, the team has completed a playable demo and made it available to download. In short, it looks very cool. You can check out the 2017 trailer below to see the translation in action.

Watch the fan-made game in action below! 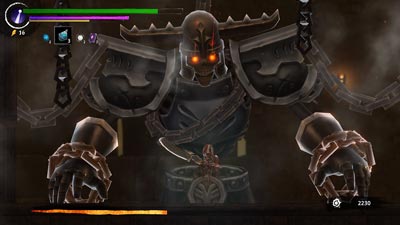 3000th Duel: The Wise Ones free DLC out now on Switch