Long before indie dinosaur adventure Ark: Survival Evolved hit the stage there was Turok: Dinosaur Hunter on the Nintendo 64. Eighteen years later, the first two Turok games will be re-released on the PC.

Acclaim’s first-person shooter put players in the role of a Native American time traveling warrior who must stop the Campaigner from conquering the universe. The game plays somewhat similarly to shooter genre predecessors like Doom but ultimately evolved the genre with an open environment and cutting edge graphics.

Of course what fans most remember about Turok is the dinosaur hunting, which came just four years after the Jurassic Park craze of the early 90s. The games will be sold through Steam, GOG, Greenman Gaming and the Humble Store. Release dates have not yet been set.

Check out some screenshots in the photo gallery below: 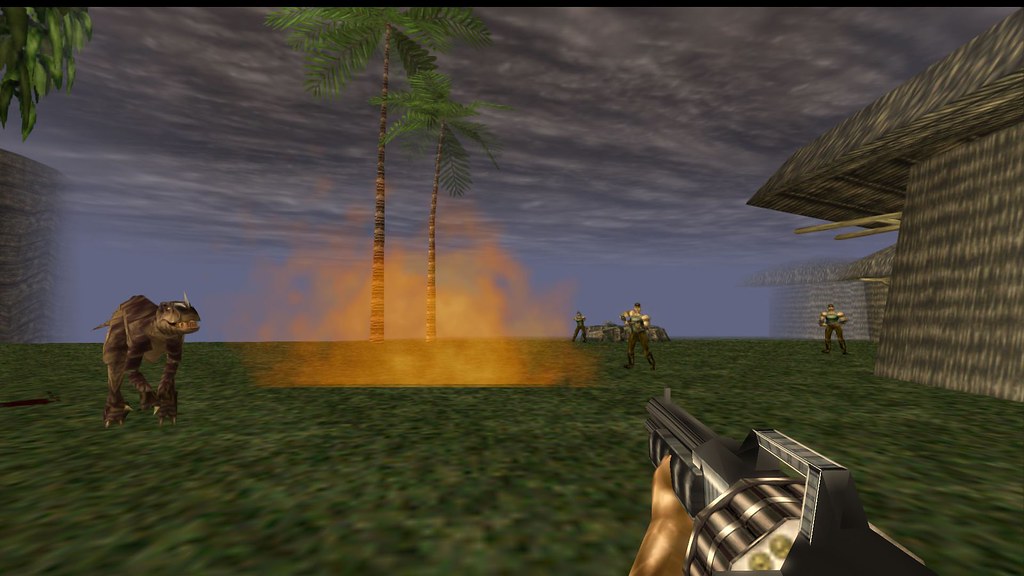