Watch Dogs is a game that I really wanted to like. It was supposed to have everything: cutting-edge visuals, a highly interactive environment, an open-world brimming with life, and a storyline worthy of a blockbuster film.

So what went wrong? Just about everything. The problems begin with Watch Dog’s graphics, which fail to come anywhere close to the standards that Ubisoft set at E3 two years ago. They are underwhelming, to put it mildly. A blunter assessment is that this game looks like ass, particularly on PS3 and Xbox 360. Pop-in issues with environmental textures are evident from the start. Vehicles that are literally a block away occasionally pop up out of nowhere. Buildings do not get detailed textures until you are on top of them.

The hot, steaming pile of mess does not end there. A seemingly never-ending fog covers much of the city. And while Chicago is wet throughout most of the spring, it’s not Seattle or London. Most of the city’s famous landmarks are accounted for, and look fairly true to form, but the only real attempt at any accuracy is in The Loop, whereas the North Side is treated more like a suburb that rapidly meets the rural countryside. 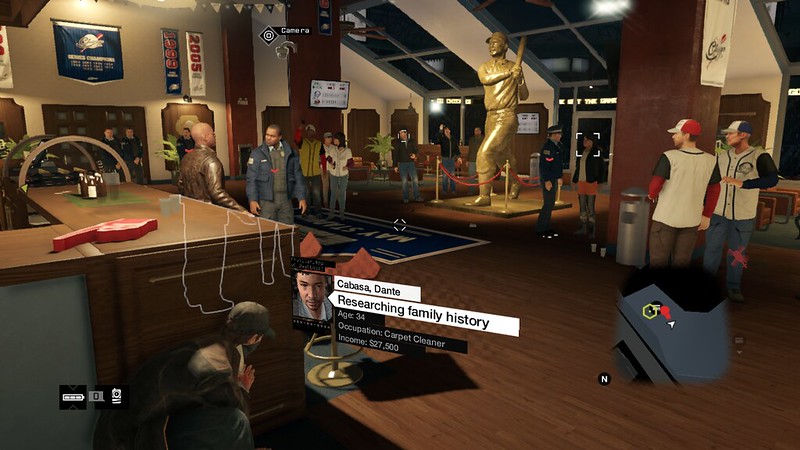 Even though this is meant to simulate Chicago, they did a fairly poor job of doing it. There are not vast islands between rivers, mountain views, or rocky hillsides in the Windy City. Wrigley Field is not anywhere near farmland; it’s near the center of a vast urban jungle that radiates at least 50 miles in any single direction. It really feels as if the developers had never seen Chicago except in post cards.

Graphics and poor city representation aside, Watch Dogs has numerous other problems that are frankly just as bad. The highly interactive environment is indeed an impressive part of the game that is stymied with an unfortunately unintuitive control scheme. You can eventually gain the ability to turn traffic lights, hack cell phones, raise bridges, and even explode gas lines. 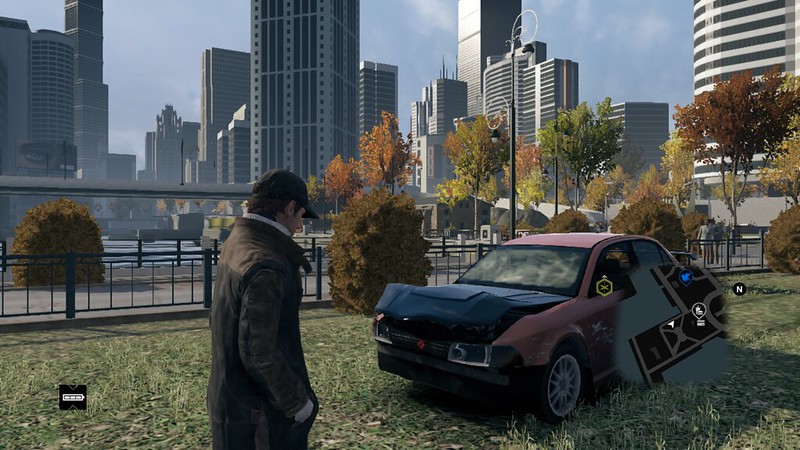 Grand Theft Auto V set the standard for open world games. Los Santos at least feels alive, even with the over-the-top action and overly dramatic characters. This is not so in Ubisoft’s vision of Chicago. Watch Dogs feels more like a computer simulation than a living, breathing open world game. Voice acting, which was remarkably strong in GTA V, is equally weak in Watch Dogs. The canned lines of the emotionless actors inspire little interest in the storyline.

Speaking of which, that blockbuster storyline is a total bust. Watch Dogs is set in a dystopic surveillance state, but at no point in the game do you feel the freedom-loving oxygen being crushed from your lungs under the weight of tyranny. The twenty-four hour, three-sixty-five nature of constant spying on citizens never felt like it was very real. 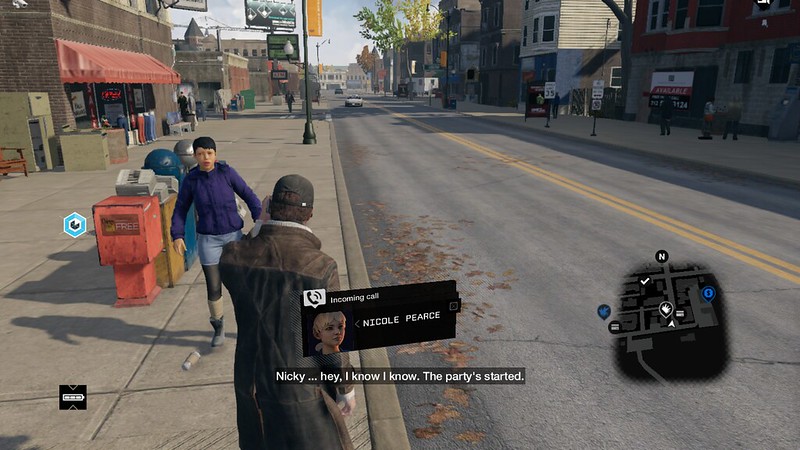 In a sense, it is somewhat reflective of real-life: a supposedly benevolent government with the help of privatized services keeping a watchful eye without a single gripe from the citizenry. The problem is that Watch Dogs’ virtual Chicago just does not feel like it is under a digital siege from its all-seeing, centralized OS, invading the privacy of citizens in their own homes with unmanned drones, street-level cameras, and heat vision cameras. It is, at worst, a minor annoyance; and at its best, a useful tool to exploit. 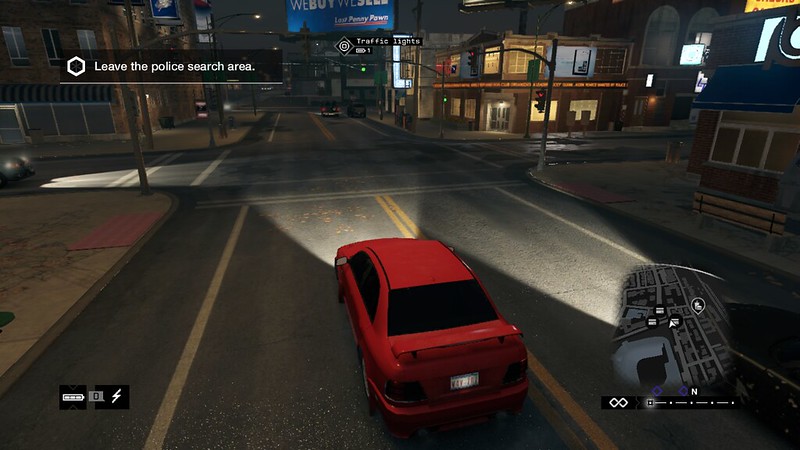 As if Watch Dogs could get any more painstakingly dull, the main character, Aiden Pearce, is wholly uninteresting. Worse still, his moral hypocrisy is almost unbearable. A completely self-centered paranoid hacker bent on vengeance for a lost family member, he is willing to stop at nothing to protect the ones he loves, putting them at more risk along the way. He also sees himself as a heroic figure against the police state, fighting on the side of justice over tyranny, but he has zero qualms about killing innocent bystanders to achieve his (usually) selfish ends. Ubisoft might describe him as an anti-hero. I would just describe him as an asshole who I would rather not play as in a video game. 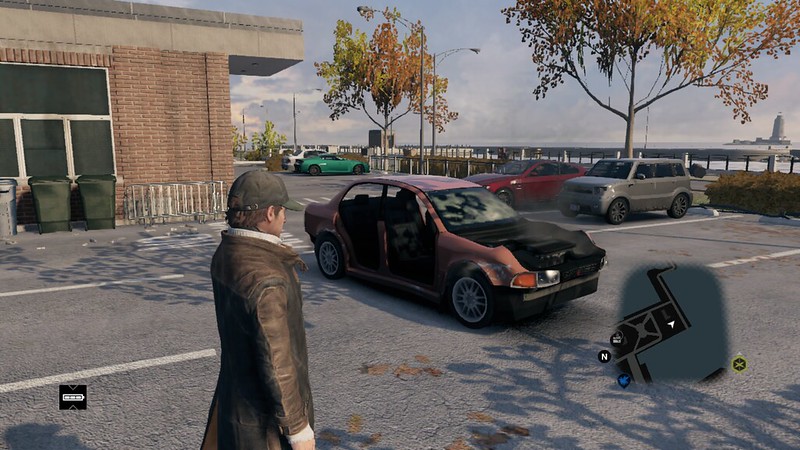 Even with all of these significant and numerous drawbacks, Watch Dogs does have a few redeeming qualities. The concept itself — exploiting a police state’s infrastructure to advance one’s own goals — is unique, if executed in a haphazard way. It also has a number of neat distractions such as a retro-looking coin collection mini-game, hit missions, and randomly generated street-level crimes that you can prevent or just ignore without consequence. While there are some neat multi-player moments, such as human player “hackers” invading your world, these tend to be annoying since they can interrupt your path to a mission quite frequently. 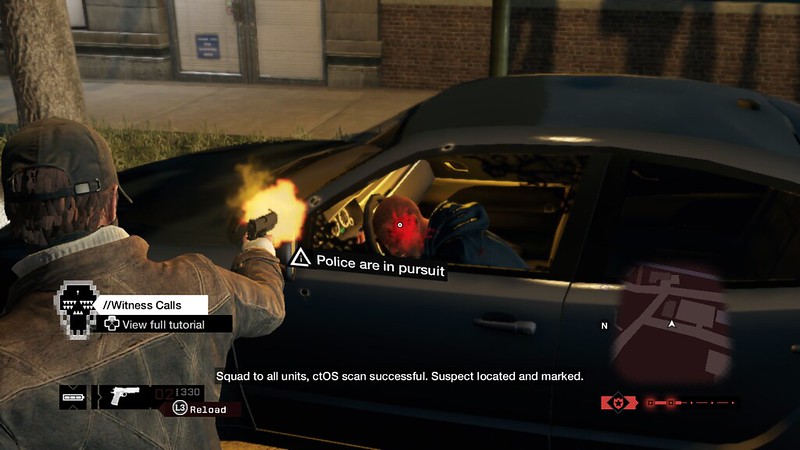 Few redeeming qualities aside, Watch Dogs amounts to a huge missed opportunity. The advertised graphics quality has proven to be a colossal deception, the core story missions dull, and the city itself perplexingly un-Chicago with hillsides, mountain views, and large Manhattan-like islands. It may be Ubisoft’s fastest-selling game, but a bad first impression undermines the franchise, leaving a bad taste of $60 wasted in everyone’s mouth.