What’s the best staff in Elden Ring? The weapon selection of this game is vast, so let’s try to determine which staff is the greatest for mages.

In this article, we will discuss three of the best Glintstone Staves in Elden Ring. While I could’ve included only one staff, many staves suit different builds. In fact, including more than three staves in this list may also be justifiable. But in order to understand the staves in a relatively low number of words, three is the perfect number.

You can acquire the Meteorite Staff in the Aeonia Swamp in Caelid. You can easily obtain this in early-game sections if you carefully traverse the Rot-infested Swamp. Riding on your steed will prevent Scarlet Rot from accumulating. There are multiple unique features of this staff. First of all, this staff cannot be upgraded. This may sound off-putting at first, but its scaling will change your view. The base Intelligence scaling of the Meteorite Staff is an S rank (max level). It requires only 18 points in Intelligence and 6 points in Strength.

Gravity sorceries like Gravity Wall and Meteorite of Astel receive a buff of 30% with this staff. This is the best staff for early-game sections. The following entries will outclass this in the late-game sections. But acquiring this staff early on will prove very useful to your Intelligence build.

Obtain this unique Staff from a chest after defeating the Nox Swordstress and Nox Priest at Sellia, Town of Sorcery. It has a base scaling of B in Intelligence, and you must have at least 52 points in that skill in order to wield this. This is a staff for the mid-to-late game. One of the specialties of this staff is how it boosts the power of all sorceries while consuming 50% more FP. So you need to have high FP in order to effectively wield this. When fully upgraded with Somber Smithing Stones, it grants an S rank scaling in Intelligence. This staff’s extremely good scaling proves it to be one of the best in the game. This may even outclass the following staff in terms of damage.

The in-game item description of the Carian Regal Scepter implies that this is the best Glintstone staff in the game, and that might not be far from the truth. You can get it after defeating the Full Moon Queen Rennala and offering her Remembrance to Enia at the Roundtable Hold. It has a base scaling of B in Intelligence and it requires 60 Intelligence in order to wield it. After upgrading it to the +10 level with Somber Smithing Stones, it grants you a scaling in Intelligence of an S rank. As I said in the previous entry, Lusat’s Staff has higher damage than this. But there are multiple good features of this staff which makes this one of the -if not the best staff in the game.

This staff has a passive ability to boost Full Moon sorceries (Rennala’s Full Moon and Ranni’s Dark Moon). This also has an Ash of War ability: Spinning Weapon. This cannot be changed, but it’s different from the usual Spinning Weapon Ash of War. This Ash of War will prove useful in close combat situations as well.

We want to hear from you! What’s the best staff in Elden Ring? Let us know! The new expansion of the Assassin’s Creed series goes beyond what gamers imagined. Ubisoft announced today that the third expansion for Assassin’s Creed Valhalla, Dawn of Ragnarök is now available on all platforms where the game has been released. For the first time in the saga, the current Assassin’s Creed title receives a second year… 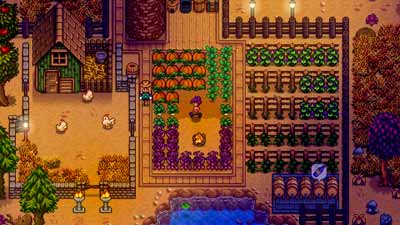 A demo for the cyberpunk action game Ghostrunner is now available on Xbox One and Xbox Series X. Here are more details on the demo from Stephen Takowsky, Ghostrunner‘s Community Manager at 505 Games: Try the first two levels of one of the best action games of 2020, but are you ready for the challenge? The Ghostrunner demo comes packed… Game Freaks 365 is playing through the entire GoldenEye video game on YouTube to celebrate the movie’s 20th anniversary. We’re picking things up with the Facility mission. James Bond crawls through the ventilation system and makes his way into a Soviet men’s bathroom. No really, he does! (Did you miss the Dam mission? Here’s a…