There is a multitude of magnificent weaponry in video games and using a sword in a game is something fans adore. So here are the best swords in video games. I decided to include some of the less obvious picks on this list as well. This list is ranked in no particular order.

While there are other weapons in the first Dark Souls title that are more powerful than this greatsword, the Claymore is the most versatile weapon in the entire game. Its fluid and considerably fast attacks, the moveset that suits any situation, and the scaling make this one of the best weapons in the game.

The Greatsword is based on the Dragonslayer sword from Berserk. It’s easily obtainable compared to other weapons of this calibre in Elden Ring. This is a huge sword that will crush anyone unfortunate enough to face a skilled warrior who carries this. This is one of the best scaling weapons in the game.

Cloud Strife’s trademark Buster Sword may take the cake as the most iconic sword in a video game. The sword has since appeared in several other games in the series. This almost comically large sword is about the same size as the hero who is wielding it. Debuting in the original PlayStation game from 1997, the Buster Sword made another appearance in the Final Fantasy VII Remake.

“A bewitching blade with an elegant rose-motif hilt, yet strong enough to cleave flesh, hide, or scale with equal ease.”

Carnation is one of the best-looking and best-performing swords in the entire game. You can obtain this after finishing the game and use it for the next playthrough. And I really encourage you to play this game multiple times, as the experience can change immensely with each playthrough.

You can find a lot of great weapons in Skyrim, but I thought to include the Nightingale Blade because of its aesthetics and performance. You can obtain this after completing the Thieves Guild Questline.

This weapon absorbs 25 HP and 25 Stamina from your enemies.

Demon Blade Muramasa is the upgraded version of the Nameless Katana. The Bodyguard class can use this marvelous blade in Yakuza: Like A Dragon.

I am sure that everyone remembers this overpowered monster of a sword that cut through foes like paper from Halo. You can defeat almost any enemy with a maximum of two hits with the Energy Sword. Although it is a favorite weapon of the Covenant, Master Chief (and thus players) started wielding the Energy Sword in Halo 2.

Middle-earth: Shadow of War introduced a lot of powerful weapons and armor for the player to equip, unlike the previous game. Arguably, the best sword in SoW is the Bright Lord’s Sword. Besides looking insanely cool, it delivers one heck of a punch. As the name implies, it was the Legendary Sword that the Ringmaker himself wielded.

Blades of Chaos – God of War

Kratos wields these iconic blades. Bound to his hands with chains, these swords have a considerable range and will tear through waves of enemies. These blades were featured in every God of War game so far.

Iris – The Witcher 3: Hearts of Stone

Iris is the curved saber wielded by Olgierd von Everec from The Witcher 3‘s first DLC. What’s special about this blade is that it charges up with each of your attacks. And you can unleash one huge blow that will demolish enemies, but it will cost 15% of your health. It’s not that big of a sacrifice.

Aerondight – The Witcher 3: Blood and Wine

You can obtain Aerondight through a side quest in Blood and Wine. This sword generates power with each attack and you can permanently increase the Max Damage of the weapon if you’re able to kill an enemy with the Max Charged sword.

You can use this blood-red High Frequency Katana at the end of the game, and this game has a higher reach and higher speed than any other sword in the game. I won’t spoil the game by mentioning when you will obtain this weapon but you’ll definitely get it if you progress through the game to the end.

As the name implied, it was none other than the legendary master assassin Altair Ibn La Ahad who wielded this sword. You can obtain this legendary sword in both Assassin’s Creed II and Brotherhood. This is the best sword in both of those games. It features intricate craftsmanship that truly suited Altair.

What do you think are the best swords in video games? Let us know on the forums!

Plus, you can take advantage of great game discounts of up to 80% off! With more than 5 years on the market, For Honor has provided many players with hundreds of hours of gameplay. Although, the game may not be at its best right now, it is a title that will ensure you laughs and… EA Sports recently unveiled the next FIFA game, FIFA 21. I have to ask: what is up with the cover art? Now, before I properly begin, I need to address that this feature is in part inspired by a Kotaku article. Incidentally, that’s how I stumbled upon the FIFA 21 cover art in the first… 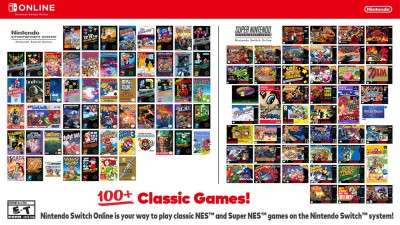 Over the years, we can see how proud Nintendo is of its oldest consoles, the NES and SNES. To honor them, Nintendo has managed to include more than 100 retro games in its Nintendo Switch Online subscription service. Oh, good old Nintendo. From the beginning, they have known how to win the love of their… After many months of leaks on social media, for the first time we have official footage from the upcoming Last of Us TV series. The arrival of new management at Warner Bros. was very extreme. We saw canceled shows, a merger between their two top streaming services, movies that will never see the light of… Amazon Prime Day runs today and tomorrow. That means that there are discounts on a ton of different products across the world’s largest online retailer. This year, there are a handful of gaming deals specifically for Prime Day, including discounts on some popular Nintendo Switch games. We’re also highlighting deals we’ve found on computers, smartphones,…