The remake of Destroy All Humans is coming to PC, PS4, and Xbox One on July 26. But you don’t have to wait that long to pre-order!

In fact, pre-orders are open now at Microsoft Store, Amazon, Humble Store, and other online retailers. Fans who pre-order will gain 48 hours of early access before the game’s launch. You’ll also receive the Special Skin Pack for free. Players can dress Crypto up as the King of Rock and Roll, an evil Clown, and more.

If you’re not familiar with Destroy All Humans, the game was originally released on PS2 and Xbox back in 2005. It was a devilishly fun action game where you played as an alien seeking to – as the title suggests – destroy human civilization.

The original was a blast to play. Literally, you blasted everything. So I’m really looking forward to getting my hands on the remake. It should make for a fun summer blockbuster at a time when the theaters are likely going to be closed. 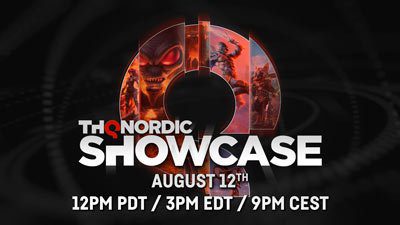