The collaboration between Point 3 and Call of Duty is official.

Point 3 is expanding from basketball to gaming. Having already established itself as the independent leader in technical yet stylish basketball apparel, Point 3 has announced a collaboration with Call of Duty and Modern Warfare 2. This is one of many gaming-focused collaborations over the next year.

The near clothing collection comes just a week after Call of Duty: Modern Warfare II launched on PC, PS4, PS5, Xbox One, and Xbox Series X|S with Campaign Early Access launching on October 20. You can watch us try the campaign here.

So far, Modern Warfare II has achieved historic sales. It managed more than $800 million in worldwide sell-through following the first three days after its launch. The blockbuster opening tops any of the biggest worldwide box office openings of 2022, surpassing the combined opening weekends for Top Gun: Maverick and Doctor Strange in the Multiverse of Madness.

What do you think of the new Point 3 Call of Duty Modern Warfare II gaming gear? Let us know on the forums! 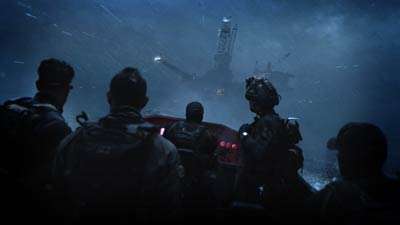