The game mixes a daring social simulation with a pulp horror role-playing game.

A horror game from experts in the genre

The Fabulous Fear Machine is a single-player real-time strategy game with a classic horror comic book design that puts the player in the shoes of a freshly minted “Master of the Machine.” To fulfill their objectives, players must develop and disseminate dread by carefully cultivating numerous horror stories, urban myths, and conspiracy theories that lie in the dark recesses of the mind.

The campaign of the game is divided into chapters that chronicle the exploits of various new Masters, each with their unique goals. As the player’s authority in an area develops, objectives become more difficult to complete, and pressure from other characters intensifies. The forces of good respond by reducing Legends to aseptic fairy tales, and unpredictable social occurrences require players to continually adjust their approach.

“With this game, we’re not just exploring the subject of urban legends as an essential element of culture and folklore all around the world, but also reflecting on the huge power these tales can hold over a population. Working with the horror experts at Shudder and AMC on this process has been a blast,” according to Fictiorama.

“Just how deeply are we all influenced by these fables? In The Fabulous Fear Machine, we answer that question by turning scary stories into strategic tools… and then we place them in the hands of players,” they added.

Watch the game teaser down below! 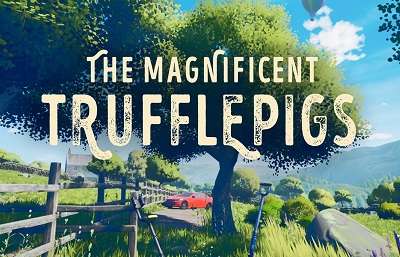 The Magnificent Trufflepigs out now on PC, coming soon to Switch