Ubisoft has revealed the Xbox One and Xbox Series X|S achievements for Assassin’s Creed Valhalla.

A total of 50 achievements are available in the game with a potential gamerscore of 1,000. However, the company only released details on 30 of the 50 achievements. The 20 secret achievements would spoil the game’s plot, so they decided not to release them publicly.

Assassin’s Creed Valhalla launches on November 10 for PC, PS4, Xbox One, and Xbox Series X. It is coming to PS5 on November 12. The game supports Smart Delivery, so you’ll get a free upgrade from Xbox One to Xbox Series X and S.

In addition to the achievements, Ubisoft has revealed nearly two hours of gameplay from the game running on Xbox Series X. You can watch that below! 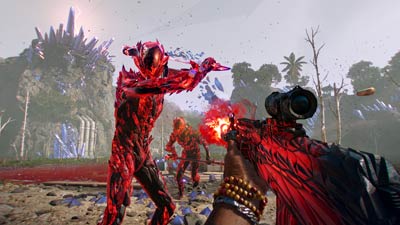 After a previous report claimed that The Outer Worlds would not receive any enhancements on PS4 Pro, the game’s publisher has issued a clarification. While PC and Xbox One X are the only platforms that will run The Outer Worlds in native 4K resolution, the game will upscale to 4K on PS4 Pro from a… Shenmue 3 was already announced at E3 but one committed fan has remade parts of the original game in HD. The Dojo and Hazuki Residence have been redone in HD using Unreal Engine 4. As you would expect from the Unreal engine, it comes with a remarkable amount of detail. Shenmue was originally released for…

The Witcher 3: Wild Hunt has been a wild success for Polish development studio CD Projekt. According to the company’s latest financial results, The Witcher: Wild Hunt – PlayStation 4 sold an impressive six million units in the first six weeks on store shelves. CD Projekt posted a net profit of $63.3 million for the… Zynga is out with a new Valentine’s Day event in Harry Potter: Puzzles & Spells. The free in-game event is called Amortentia Adoration. The love-sick Lavender Brown introduces the brand-new seasonal event. Players who collect enough of the item – vials of a love potion – will unlock chests and win in-game rewards. Players collect… Ubisoft announced today that Zombi is out now for PC, PS4 and Xbox One. The former Wii U exclusive was one of the top third party games on Nintendo’s system during the 2012 launch. Zombi takes place in a zombie-infested London. The survival horror game has been updated and optimized for PC, PS4 and Xbox…